We are excited to announce our newest publication, Carlos Gonzalez’s ‘Gates of Plasma’. This 320 page opus weaves a kaleidoscope of narratives and characters into an astonishing dreamscape that examines human flaws and our quest for connection, oblivion and transcendence.

Gonzalez, who also performs music as Russian Tsarlag, will be touring the US this summer. His tour brings him to Floating World on Wednesday, June 5th to celebrate the release of his new book. After the book signing Russian Tsarlag will play a show at Seizure Palace, with live music and video screenings.

“If you’ve got a grievance with reality, I reckon you’re in the right place.”

A semi-truck driver meets a mysterious woman while participating in a research study for a pharmaceutical corporation. Romance blooms, but they are separated when it is discovered that this woman emits an unknown substance from her ear that is of great interest to the CEO of the drug company. A cult-like inner circle consumes untested drugs and dabbles in a primitive form of plastic surgery, to deepen the understanding of their strange prophecy.

Read a 25 page preview of Gates of Plasma here.

Carlos Gonzalez is a deeply inspirational figure in the underground comics and music scene. He has created a vast body of DIY work including the 500 page sci-fi opus, Slime Freak, experimental films shot on VHS, and a number of cassettes recorded with his musical project, Russian Tsarlag. His comics have been published in anthologies like Kramers Ergot 6 and his artwork has been exhibited in galleries with members of Fort Thunder. 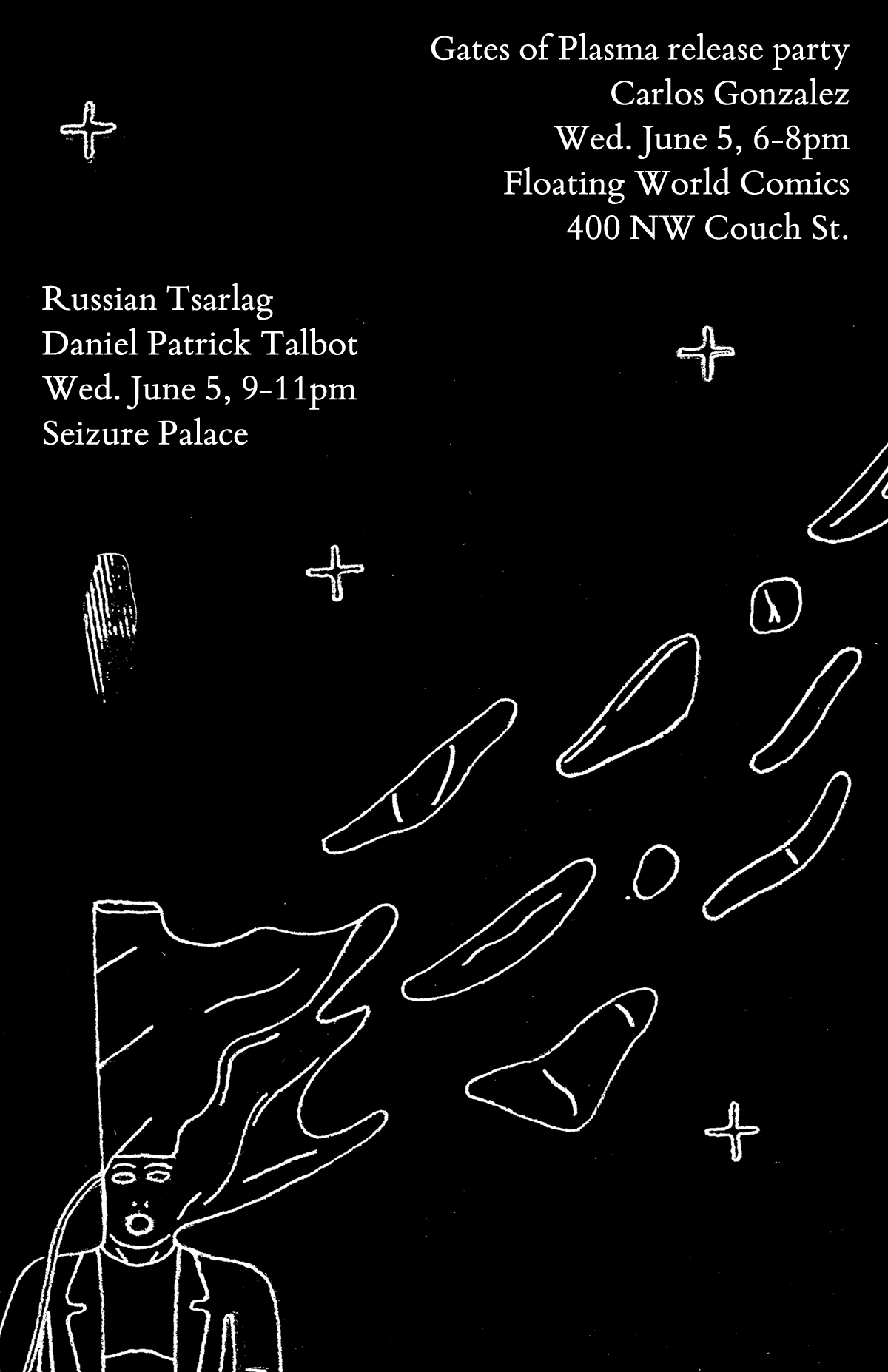