The streets are bleak in this world of trash. Witness a dangerous chance meeting. Meet a Sage soaked in enamel. It’s just another night in the life of a homeless addict. The saga of The Derelict continues in this all-new, one-shot comic, The Wizard of Paint.  Join writer/artist, Alex Delaney, on Thursday, June 6 for a release party and art exhibit for his latest comic creation. This independent self-published comic features a gold foil embossed cover.

WHO: Alex Delaney
WHAT: The Derelict – The Wizard of Paint release party and art exhibit
WHEN: Thursday, June 6, 6-8pm
WHERE: Floating World Comics, 400 NW Couch St.

Alex Delaney is a Portland, OR based cartoonist.  He is best know for the gritty crime comics; The Derelict and Other Side of Town. Delaney’s work is heavily influenced by the black and white independent comics explosion of the 80’s and early 90’s. Raw and visceral, his heavily inked world takes the viewer down dark alleys with depraved characters and into their desperate lives. He is currently collaborating on a new comic with Keenan Marshall Keller. 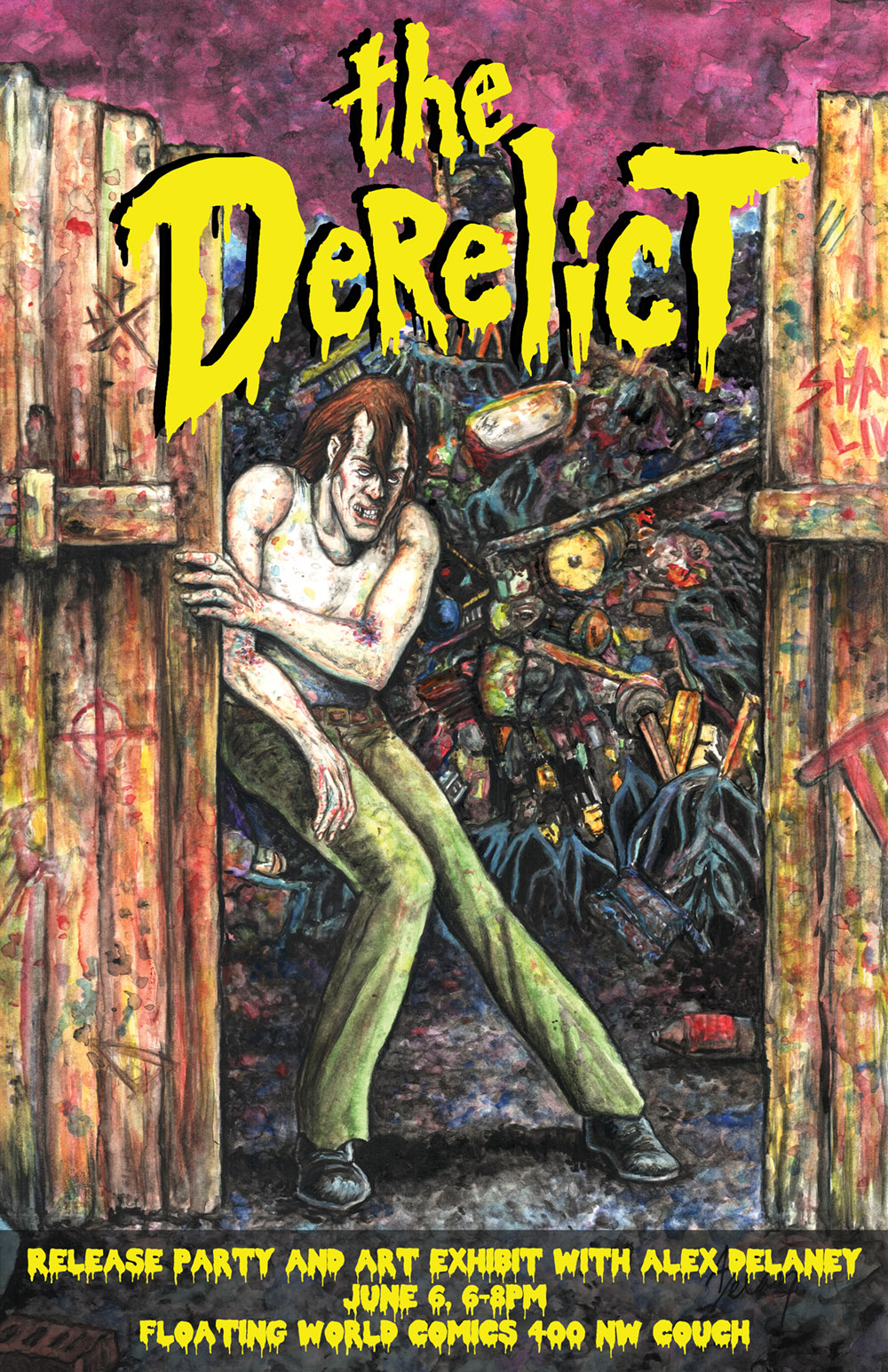