We are excited to host a book release party and art exhibit with NOU for her new book TAPPY. The book signing will be followed by a live performance by her rap duo YS.

In Tappy, rumination on love, loneliness, and loss are spoken in dialogue between characters from children’s cartoons, taken from early Walt Disney and Ralph Bakshi character designs. Addressing existentialism and solitude through the mouths of nostalgic cartoon characters, Portland based artist Nou juxtaposes the ease of existing in a happier time while confronting the inevitable malaise that plagues adult life. 2-color Risograph printed booklet in Red and Yellow. Saddle stitched, 48 pages. Co-published by Cold Cube Press and dd00gg.

Nou is a Portland based small press artist whose work has been published by 2dcloud, kus!, DDOOGG, Neoglyphic Media, and Believed Behavior. 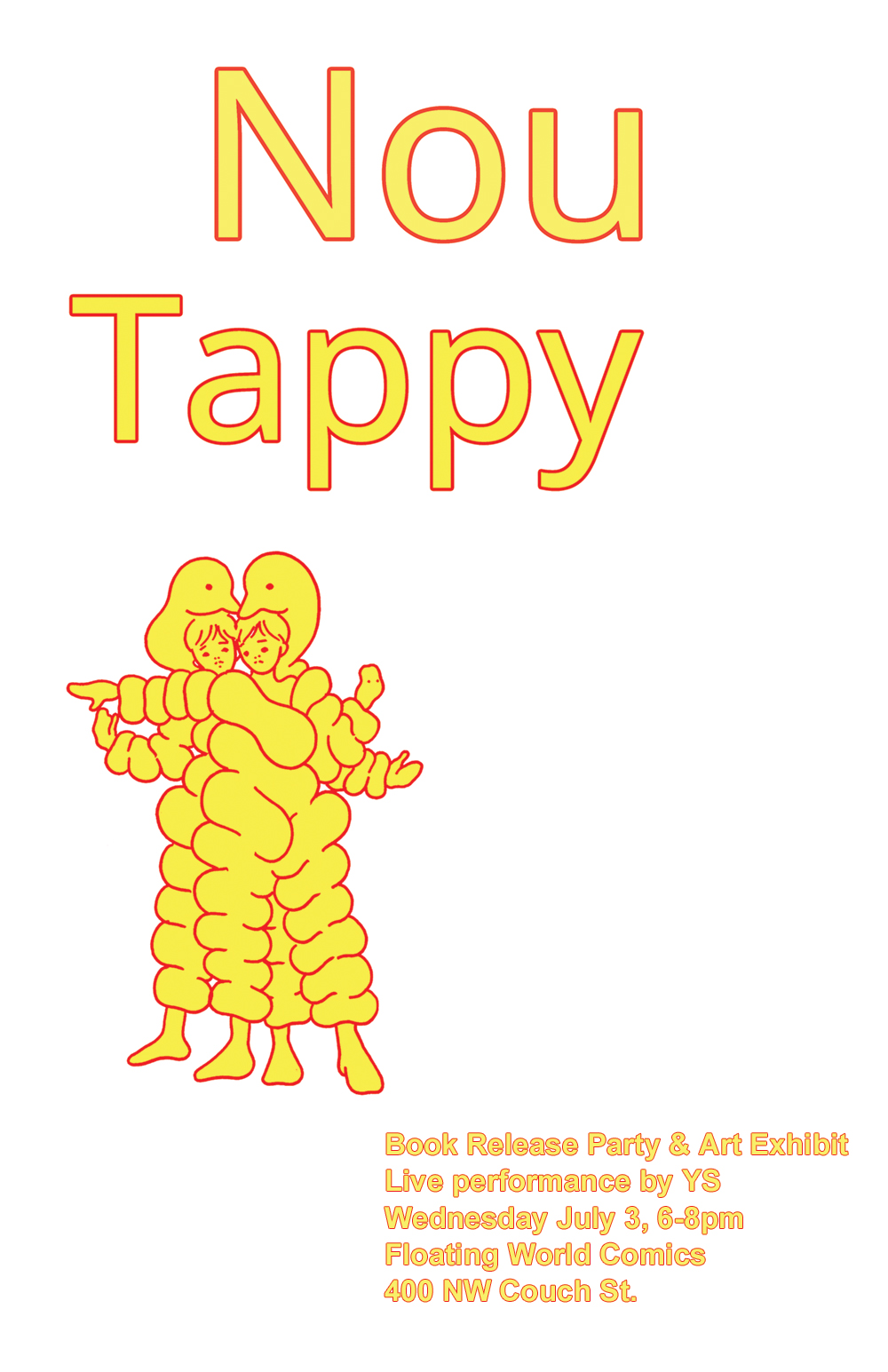