Simon Hanselmann’s previous three Megg & Mogg books—2014’s Megahex, 2016’s Megg & Mogg in Amsterdam, and 2017’s One More Year—have all been international best sellers that have cemented Hanselmann as one of the most exciting graphic novelists of his generation. Bad Gateway is the magnum opus that those three books have been building towards, as Megg and Mogg’s fraught relationship careens into psychological depths that Hanselmann has previously only hinted at.

Perpetually drunk and high, lovable degenerates Megg and Mogg have drifted through a life full of raucous antics and free of consequences. But their heavy drug use, once a gateway to adventure, has begun to take a grim psychological toll. As her unstable lifestyle finally catches up to her, Megg must turn to her past to uncover the roots of her self-destructive habits that have led her down this dark path.

We are excited to welcome Simon Hanselmann to Floating World on Thursday August 1st, for an art exhibit and book signing for Bad Gateway.

“In a surprising turn, Hanselmann’s trademark raunchy dark humor is only rarely on display in this collection, making room instead for a stark, unblinking gaze into the heart of self-harm, mental illness, and addiction.” — Publishers Weekly

“Hanselmann is one of the most gifted cartoonists alive.” — The A.V. Club

“These are simultaneously some of the meanest and most tender comics you will ever read.” — Seattle Weekly

Simon Hanselmann was born in 1981 in Launceston, Tasmania. His New York Times best-selling Megg & Mogg series has been translated into thirteen languages, nominated for multiple Ignatz and Eisner awards, and won “Best Series” at the Angoulême International Comics Festival in 2018. He currently lives in Seattle, WA, with his wife and a rotating cast of small animals. 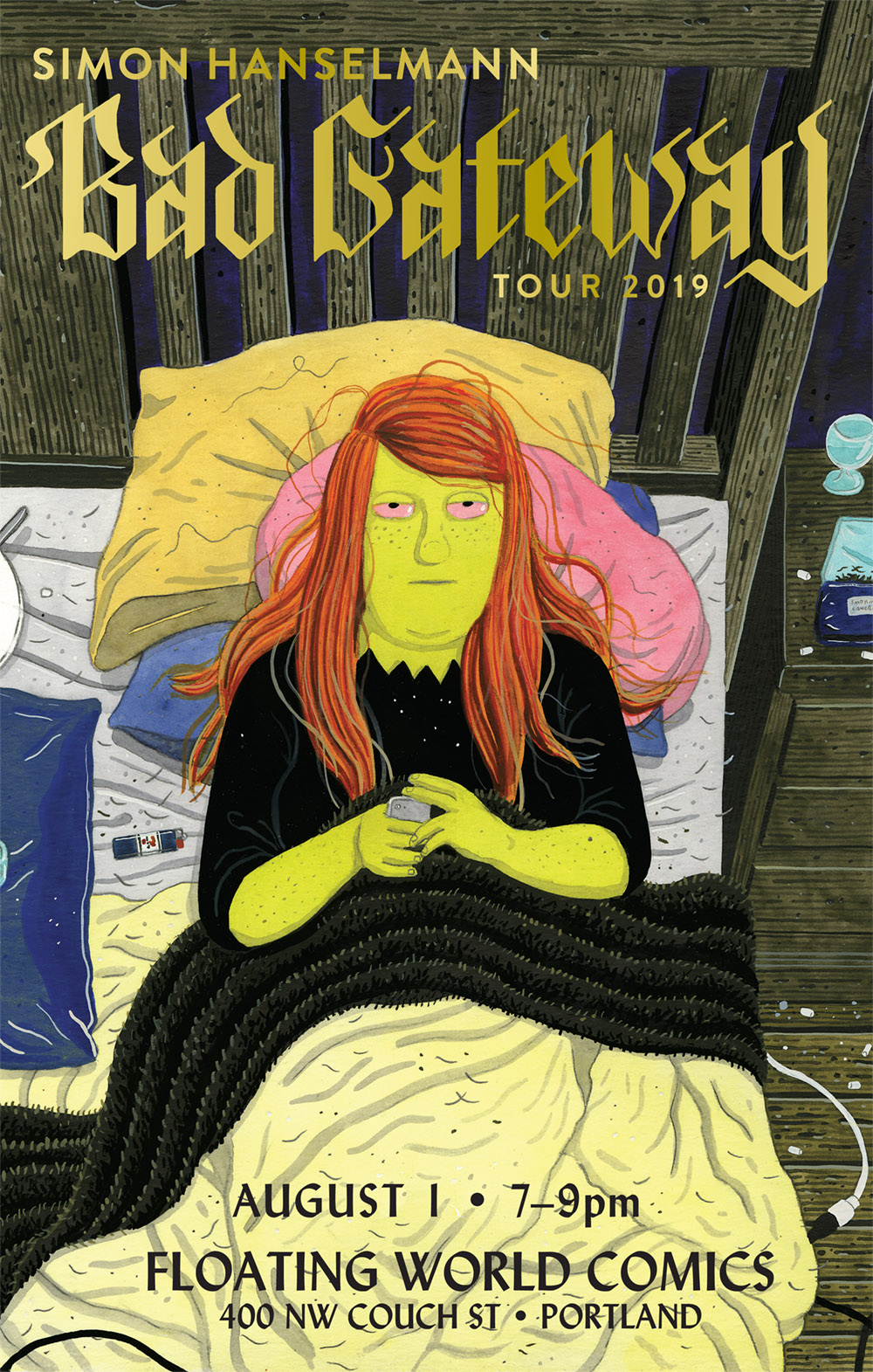