When the forces of good and evil are hunting you down, the only logical thing to do is disguise yourself as a dog and go on the run!

Eddie is a low-rent hustler who got magically turned into a pug during a con gone wrong. Tala is the part-demon daughter of Eddie’s ex-partner. When Tala finds herself the target of powerful interdimensional forces, she goes to Eddie for help-setting off a chain reaction of chaos and destruction that could threaten the very fabric of existence.

Can Eddie and Tala put aside their differences long enough to survive the magical mayhem and madness that they started, or will they kill each other first?

Writer Rafer Roberts will be at Floating World Comics on Wednesday Sept. 11, from 5-7pm to sign copies of this new collection from Albatross Books!

Rafer Roberts has been making comics professionally for over two decades. He is the writer and co-creator of Modern Fantasy, published by Dark Horse Comics, and Grumble, published by Eric Powell’s Albatross Funnybooks. Rafer was the writer on A&A: The Adventures of Archer and Armstrong and Harbinger: Renegade for Valiant Comics. His work on X-O Manowar #38 received two Harvey Award nominations for the Special Award for Humor in Comics and Best Cartoonist. His artwork has appeared in the Eisner Award winning anthology Little Nemo: Dream Another Dream from Locust moon Press.

His self-published work includes the long running Plastic Farm, Nightmare the Rat, and the Tumblr famous Thanos and Darkseid: Carpool Buddies of Doom which he co-created with Justin Jordan. 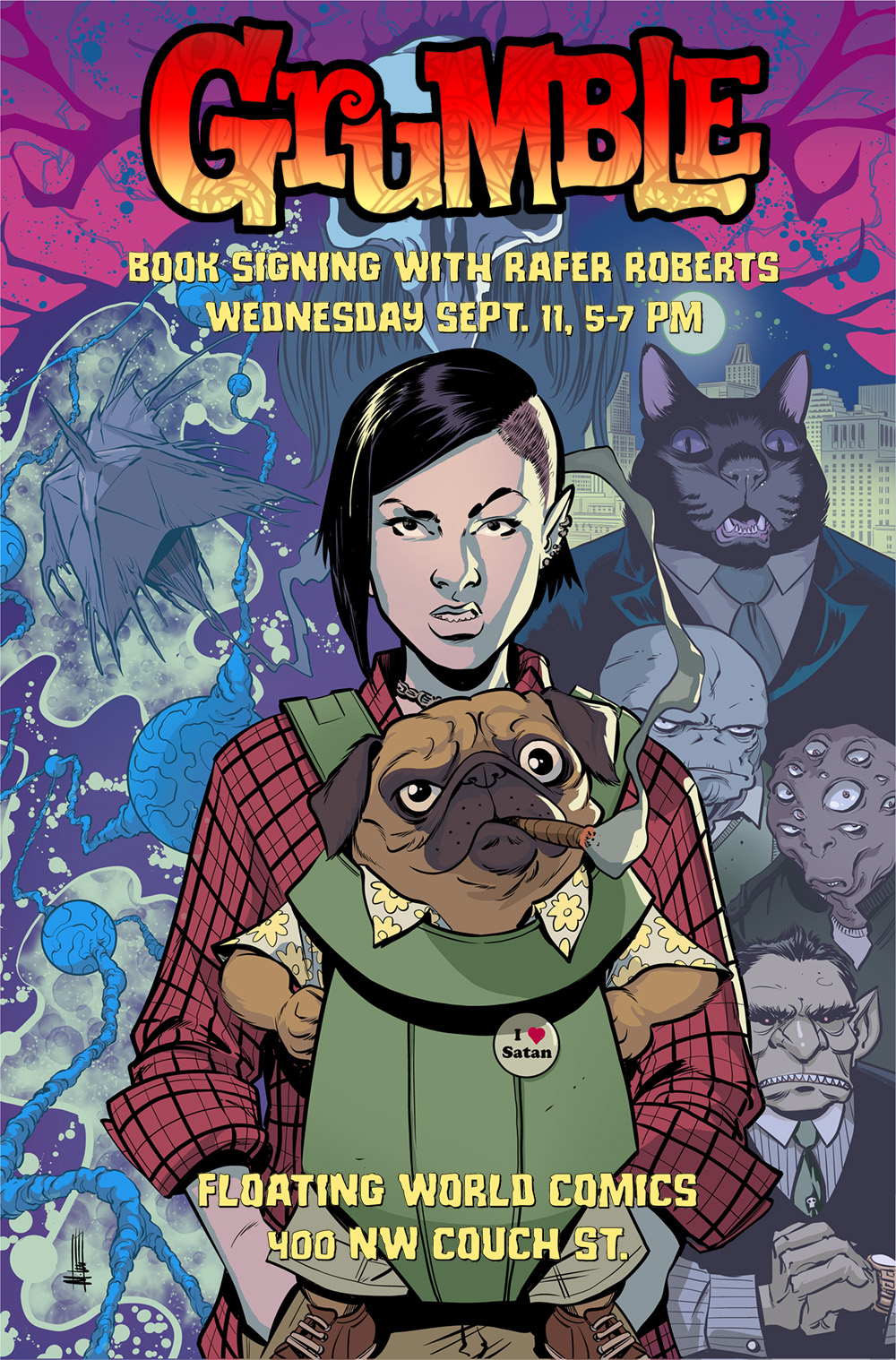