Glom Press, a small press comics publisher and Risograph printer based in Melbourne, Australia, comes to Floating World to present their work. This includes a recent series of graphic novellas by emerging and established Australian artists, a series of prints by the same, as well as the latest releases by Glom Press founders Marc Pearson and Michael Hawkins.

Walker Mettling is a cartoonist, printmaker, and since 2010 he’s directed the Providence Comics Consortium, an experimental education-based intergenerational comics micro-publisher which teaches comics classes at public libraries and publishes a huge array of comics, zines and books! In 2017 he was the Rhode Island State Council on the Art’s Fellow in New Genres. Most recently he has made “Knight Memorial Library: This Enduring Temple of Knowledge” a screen-printed artist book that explores the stacks and stories of a library in decadent decay, the second in Walker’s ‘Gallery That no Longer Exists’ book series. 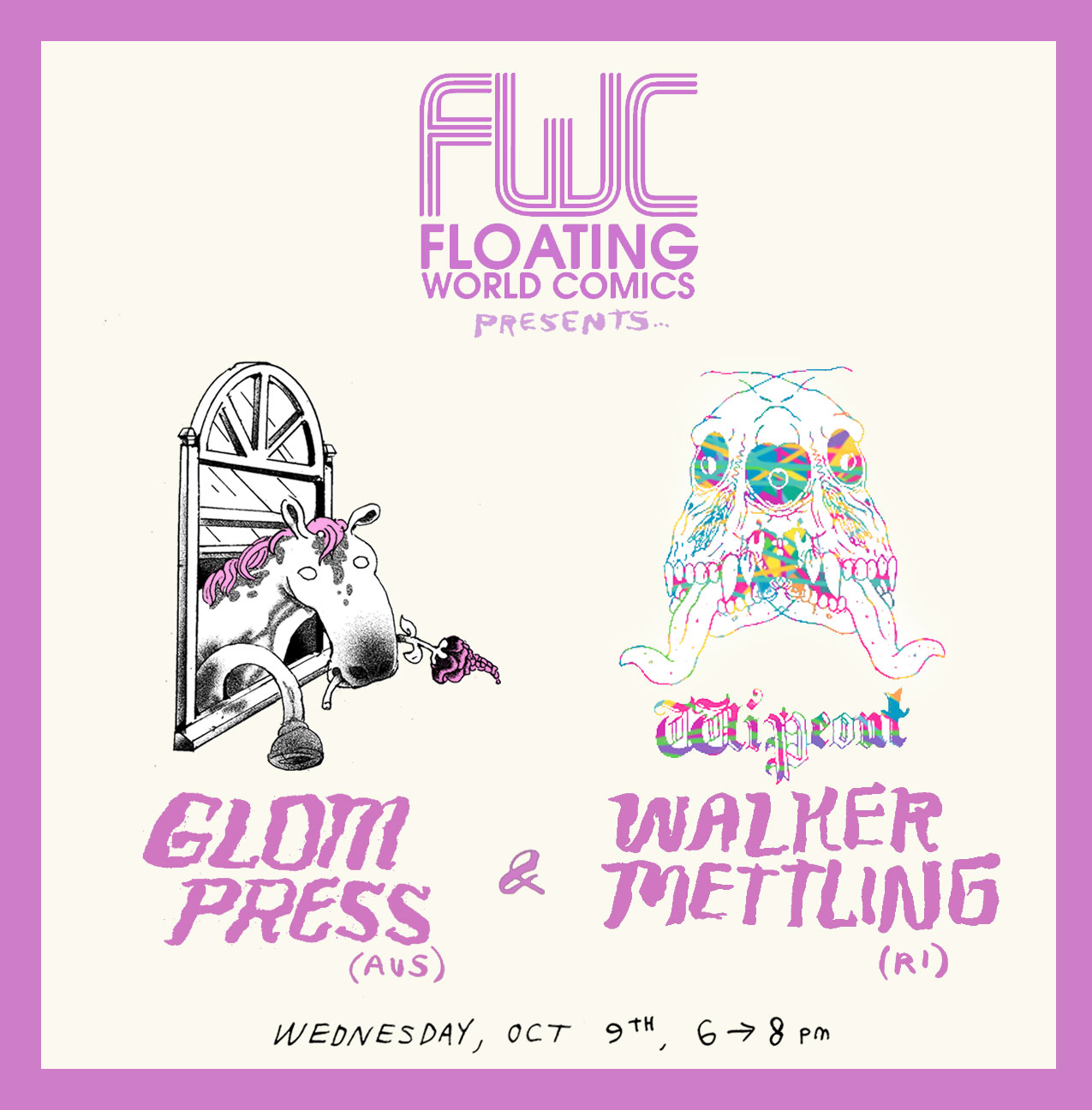 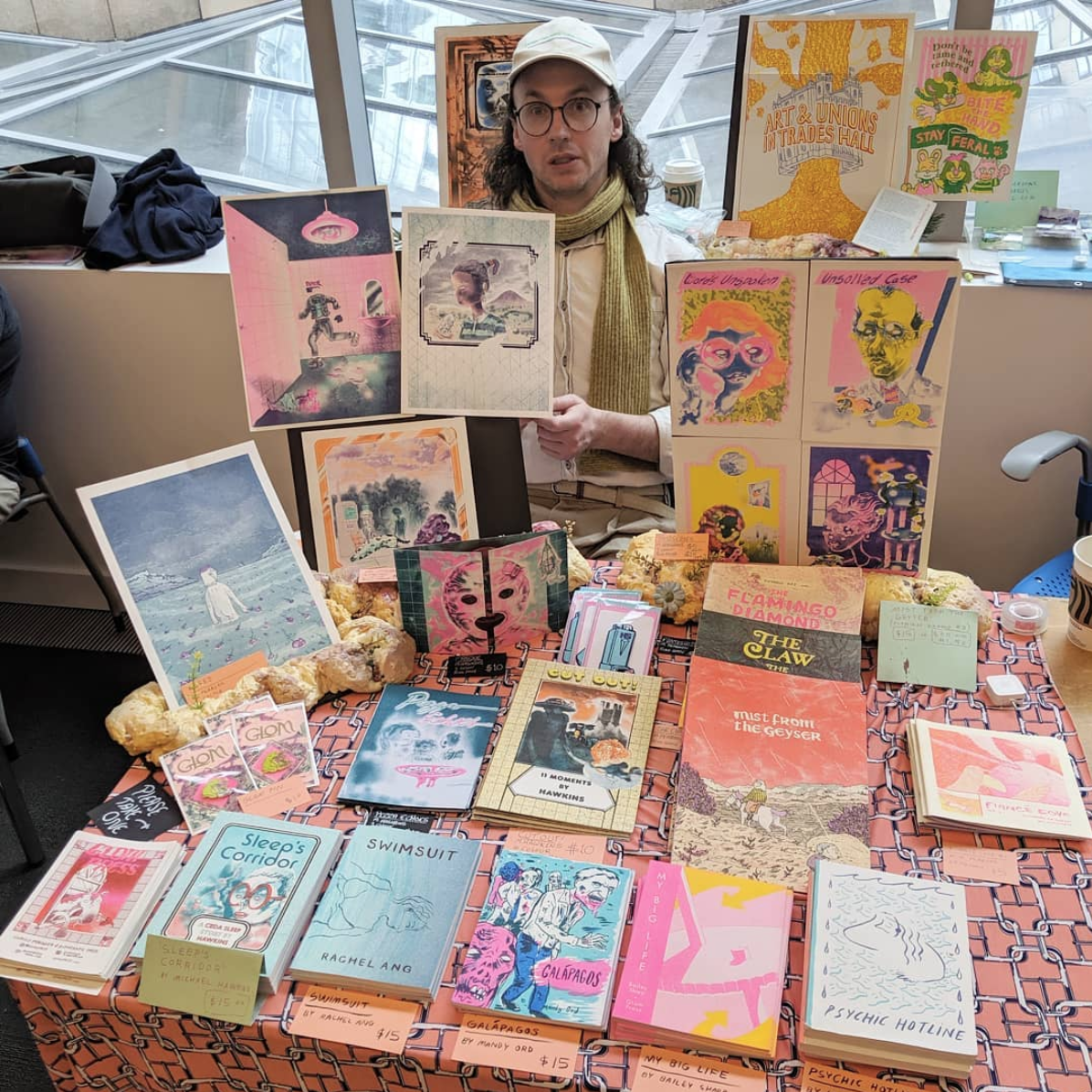