Algernon Blackwood’s The Willows is collected with a new 12-page prequel story never published elsewhere. Join the creators on Friday, December 13th for a release party and book signing.

This immortal novella of extra-dimensional weirdness on the Danube comes to vivid life in graphic comic form thanks to the incredibly detailed black-and-white linework of talented newcomer, Sam Ford. Writer Nathan Carson’s thoughtful retelling reverently preserves the plot while breathing character-driven depth into this all-time classic. Two adventurous women, one British, one Swedish, encounter strange horrors in the Hungarian wilderness of 1907. What they discover on that crumbling sandbar makes them question their sanity, fear for their lives, and revel in otherworldly strangeness.

Readers familiar with the story will delight in seeing it depicted in such painstaking, quality illustrations. And those for whom it is new will want to leave a light on for many nights after.

Nathan Carson is a musician, writer, and Moth StorySlam champion from Portland, OR. He is widely known as co-founder and drummer of the internationally touring doom metal band Witch Mountain.

Algernon Blackwood was a prolific English ghost story writer and a grandfather of today’s Weird Fiction scene. The Willows is revered as one of his greatest contributions to dark, atmospheric literature 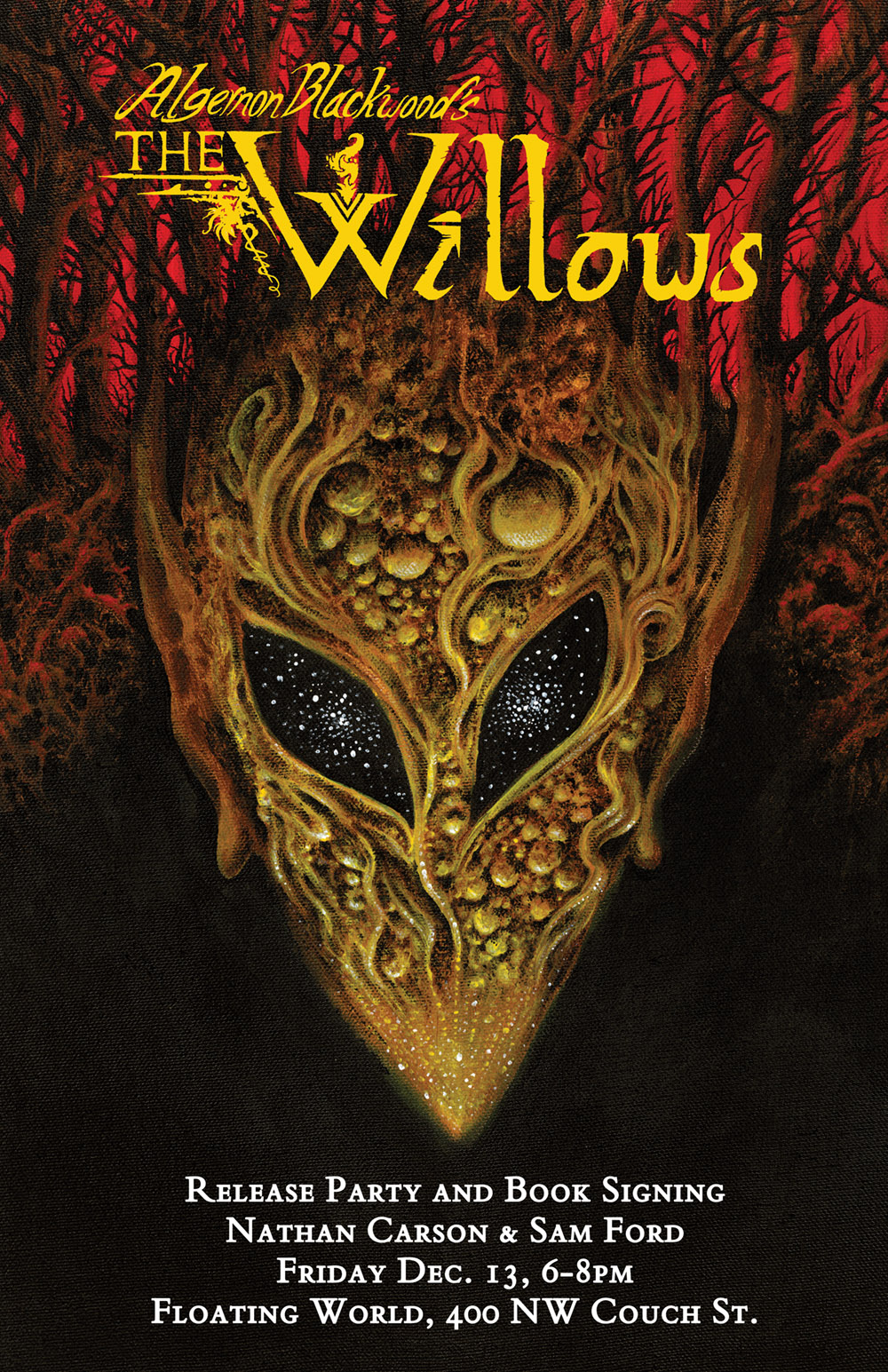