This is what happens when a group of the Pacific Northwest College of Art’s finest cartoonists dive into the unknown, led by the incomparable Jonathan Hill, comics artist extraordinaire.

In 2017, Unversed launched as a collection of stories that navigate unfamiliar situations and explore the growth that comes from not knowing. No Refunds, explored stories about how you can never return to the way things were.

Now, in its third and final year, Unversed Comics presents Postscript. Sometimes you know a moment will be the last time. Other times, you don’t realize until it’s too late. Postscript is a comics anthology that captures these last times. It is a two-color, softcover comics anthology featuring 12 new artists from the Pacific Northwest College of Art, as well as 27 new and returning contributors from within the Unversed community.

With a wide variety of themes, from European selkie mythology, to an MMORPG shutdown, to a Frankenstein experiment gone wrong, this book is filled with a selection of incredible comics work. 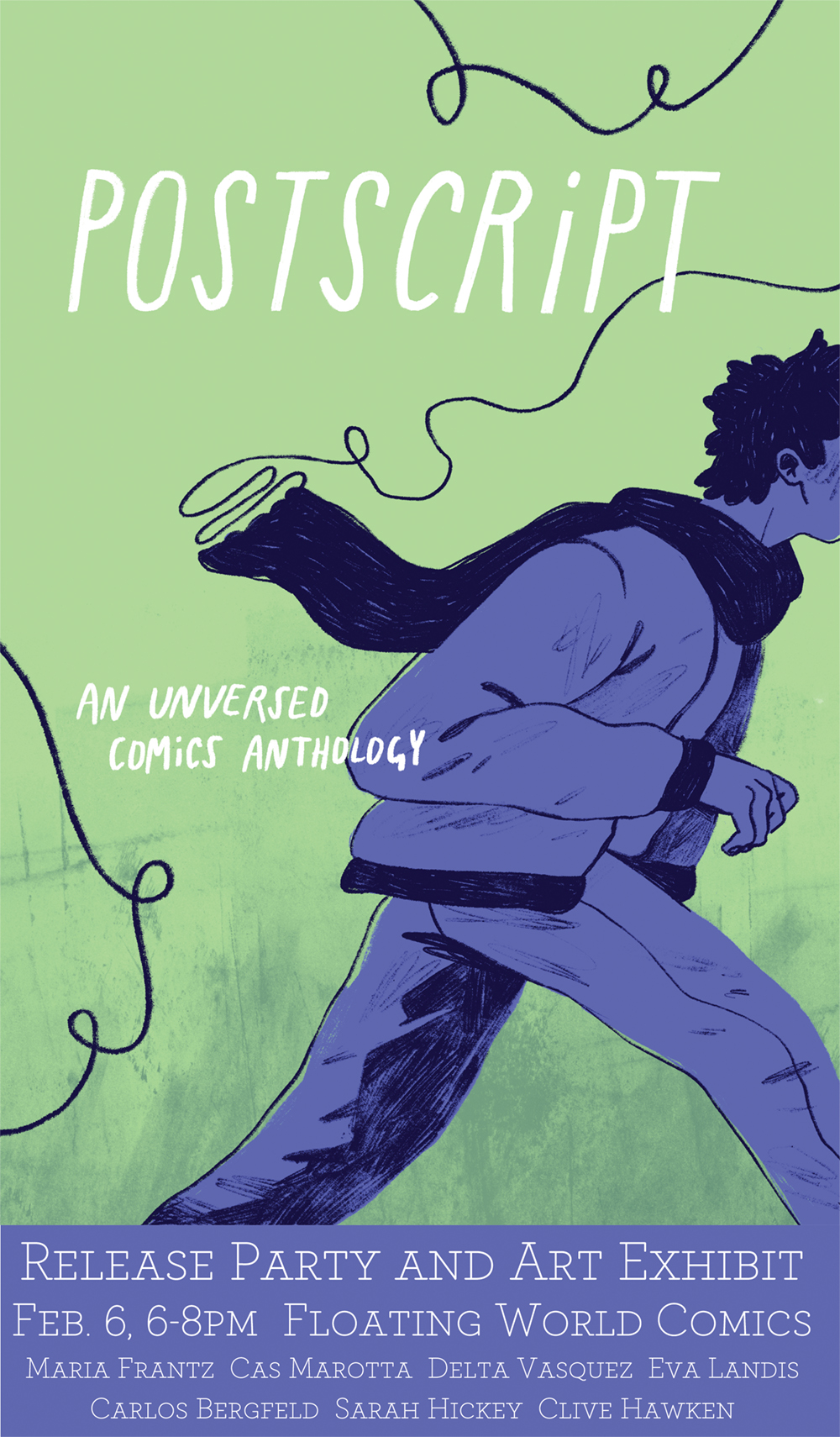