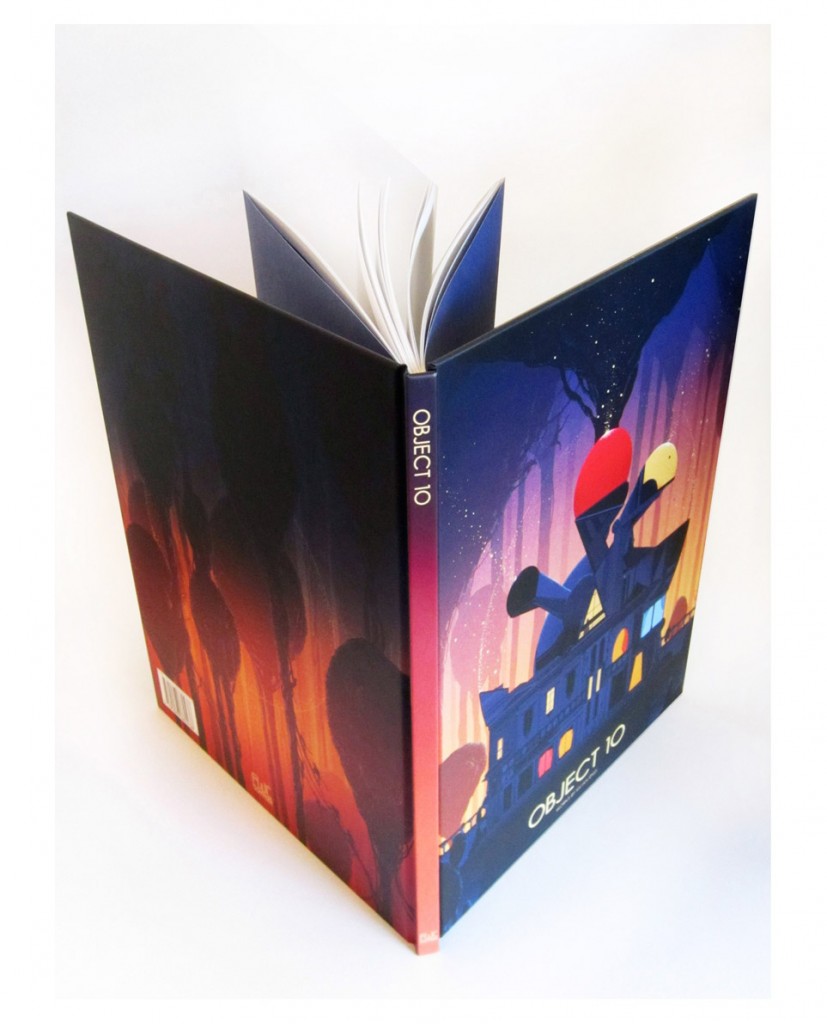 *First Thursday has been moved to Wednesday this month due to the Independence Day holiday.

Established in early 2012, three friends joined forces to expedite the success of their publishing goals. Jason Leivian from Floating World, Zack Soto from Study Group, and Francois Vigneault from Family Style shared their knowledge, pooled their resources, travelled far and wide to form a collective as dangerous as their reputations would suggest – a Press Gang!

It Will All Hurt by Farel Dalrymple. As regular studygroupcomics.com readers already know, this is one of the coolest science-fantasy adventure comics you will ever read. Printed on bright Golden Age newsprint with risograph covers, IWAH is a weird, sad, silly, and sketchy, fantasy adventure strip with magic and science-fiction and some fighting action. Original art by Farel Dalrymple will be on display and for sale.

Titan #1 by Francois Vigneault. 32 pages of duotone Sci-Fi comics glory. When Mngr João da Silva is sent to Homestead Station on the moon of Titan he finds himself caught in the simmering tensions between the geneticly-engineered Titan workers and the Terran management. Original art by Francois will be on display and for sale.

Artwork will be on display until the end of July. 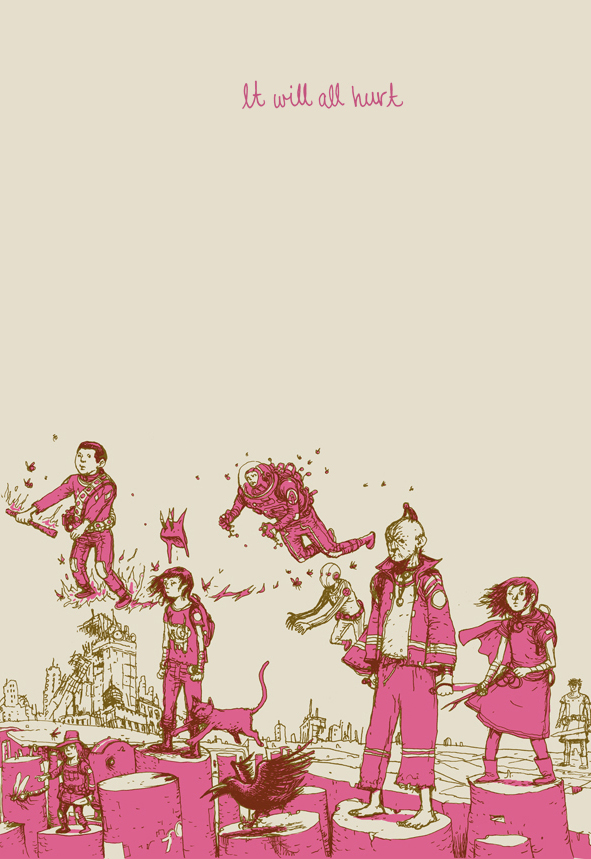 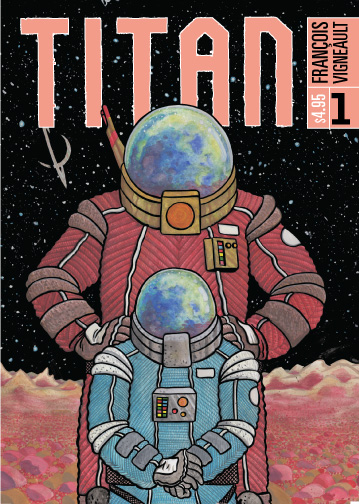