Ansis Purins returns to the world of the Magic Forest and Zombre with his latest graphic novella, Super Magic Forest, published by Revival House Press! Join Ansis in conversation with Scott Benson (Night In The Woods) on Tuesday June 15th for a virtual release party on Zoom. Preorder the book here and receive a free signed bookplate by the author!

Twit Leaf the Elf’s day job is picking berries in the Magic Forest, deep within a busy national state park. He’d rather be a mighty warrior elf like his grandpa was. One day he wanders into the strange and mysterious picnic area finding a magic glowing box that the evil humans left behind (it’s just a kid’s Nintendo). Suddenly he’s tasked with the heroic quest he always wanted! He is to return the magic talisman to the shadowy lost and found chamber which is located in the visitor center by the water fountain.

Ansis Purins is a freelance illustrator and cartoonist based in Boston, MA. When he’s not immersed in the world of the Super Magic Forest, he’s making comics for Craft Beer and Brewing Magazine and working on other projects for clients. He has won grants from the Xeric Foundation as well as the Massachusetts Independent Comics Expo (M.I.C.E.) for his work. 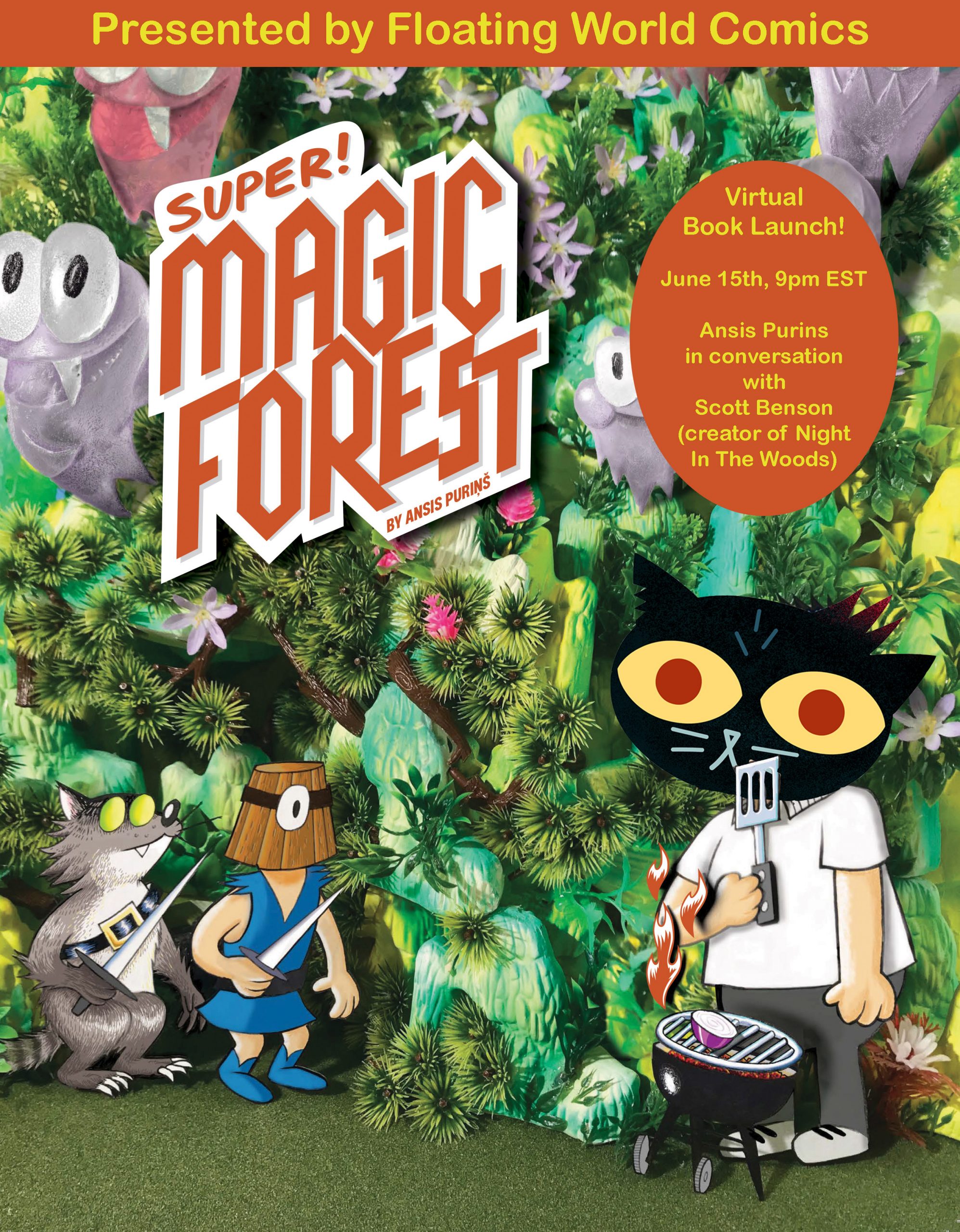