God Is Disappointed in You is for people who would like to read the Bible…if it would just cut to the chase. Stripped of its arcane language and interminable passages, every book of the Bible is condensed down to its core message, in no more than a few pages each. Join us Saturday, September 21st from 6-8pm for a release party and signing with the creators of this illuminating contribution to the graphic canon.

Written by Mark Russell with cartoons by New Yorker cartoonist Shannon Wheeler, God Is Disappointed in You is a frequently hilarious, often shocking, but always accurate retelling of the Bible, including the parts selectively left out by Sunday School teachers and church sermons.

Irreverent yet faithful, this book is a must-read for anyone who wants to see past the fog of religious agendas and cultural debates to discover what the Bible really says. 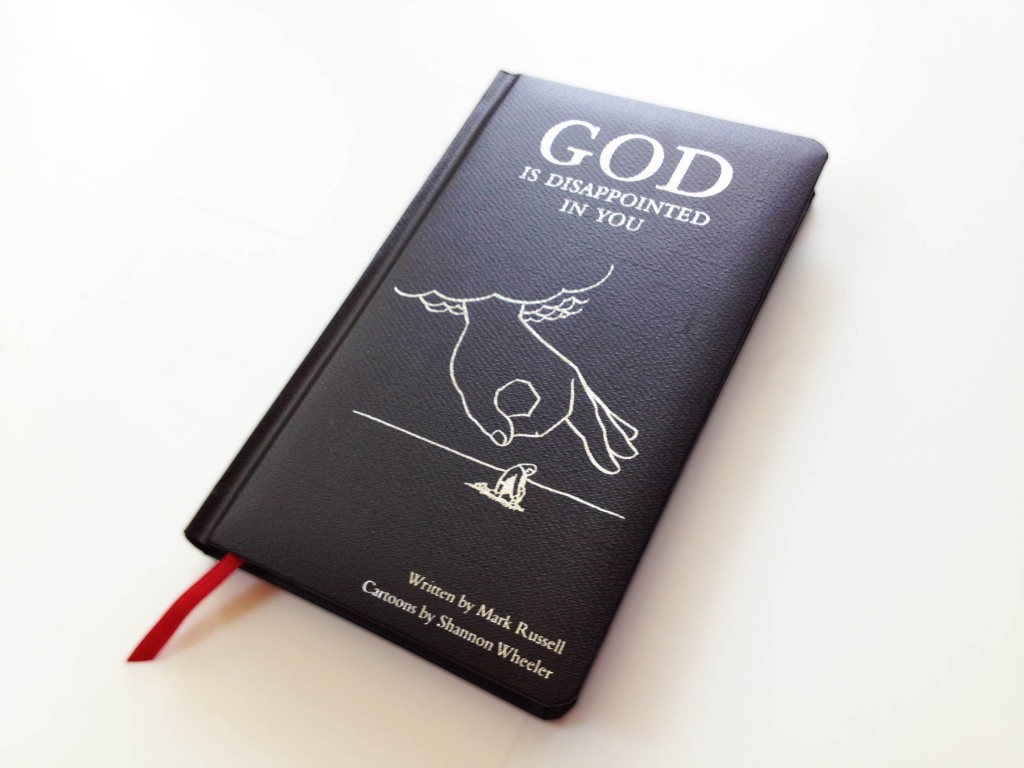 WHO: Mark Russell and Shannon Wheeler
WHAT: God Is Disappointed In You book signing
WHEN: Saturday Sept. 21, 6-8pm
WHERE: Floating World Comics, 400 NW Couch St

Mark Russell lives in Portland, Oregon, where he writes and occasionally draws cartoons. His Work has previously appeared in McSweeney’s, Bear Deluxe, Unshod Quills, Blog of the Damned, and several now-defunct magazines.

Shannon Wheeler is an award-winning cartoonist best known as the creator of the satirical superhero Too Much Coffee Man, who has appeared around the world in comic books, newspapers, magazines, books, and even his very own opera. He has also created the strip Postage Stamp Funnies for The Onion, contributed cartoons to The New Yorker, and illustrated several books including I Thought You Would Be Funnier, Grandpa Won’t Wake Up, and Oil & Water.