This new Upgrade Soul Collector’s Edition is a beautiful hardcover of the trailblazing science-fiction graphic novel, with a new essay and design files from Ezra, as well as a foreword by Darren Aranofsky and afterword by Karama Horne.

For their forty-fifth anniversary, Hank and Molly Nonnar decide to undergo an experimental rejuvenation procedure, but their hopes for youth are dashed when the couple is faced with the results: severely disfigured yet intellectually and physically superior duplicates of themselves. Can the original Hank and Molly coexist in the same world as their clones? In Upgrade Soul, McDuffie Award-winning creator Ezra Claytan Daniels asks probing questions about what shapes our identity: Is it the capability of our minds or the physicality of our bodies? Is a newer, better version of yourself still you?

Preorder the book here to receive a FREE signed bookplate by the author!

Ezra’s graphic novel, ‘Upgrade Soul’, began as a pioneering immersive serialized graphic novel for iOS in 2012. ‘Upgrade Soul’ has been frequently featured on the Apple App Store, was named a 2013 IndieCade Finalist, and has exhibited at The Hyde Park Art Center, the Wexner Center for the Arts and the Museum of Contemporary Art Chicago. ‘Upgrade Soul’ was a featured project at the Fantoche International Animation Festival in Baden, Switzerland, Haarlem Stripdagen in Amsterdam, and the Fumetto International Comics Festival in Lucerne.  Upgrade Soul was collected in print by Lion Forge Books in 2018. It was the recipient of the Dwayne McDuffie Award for Diversity in Comics, nominated for Eisner, Harvey, Ringo, and Ignatz awards, and was named one of the best books of 2018 by Publishers Weekly, Vulture, The Library Journal, and Paste. Upgrade Soul is currently in development as a feature film.

Ezra currently resides in Los Angeles, CA, where he writes for film and television, most recently on the 3rd season of Doom Patrol for HBO Max and the upcoming Amazon sci-fi drama, Lightyears. 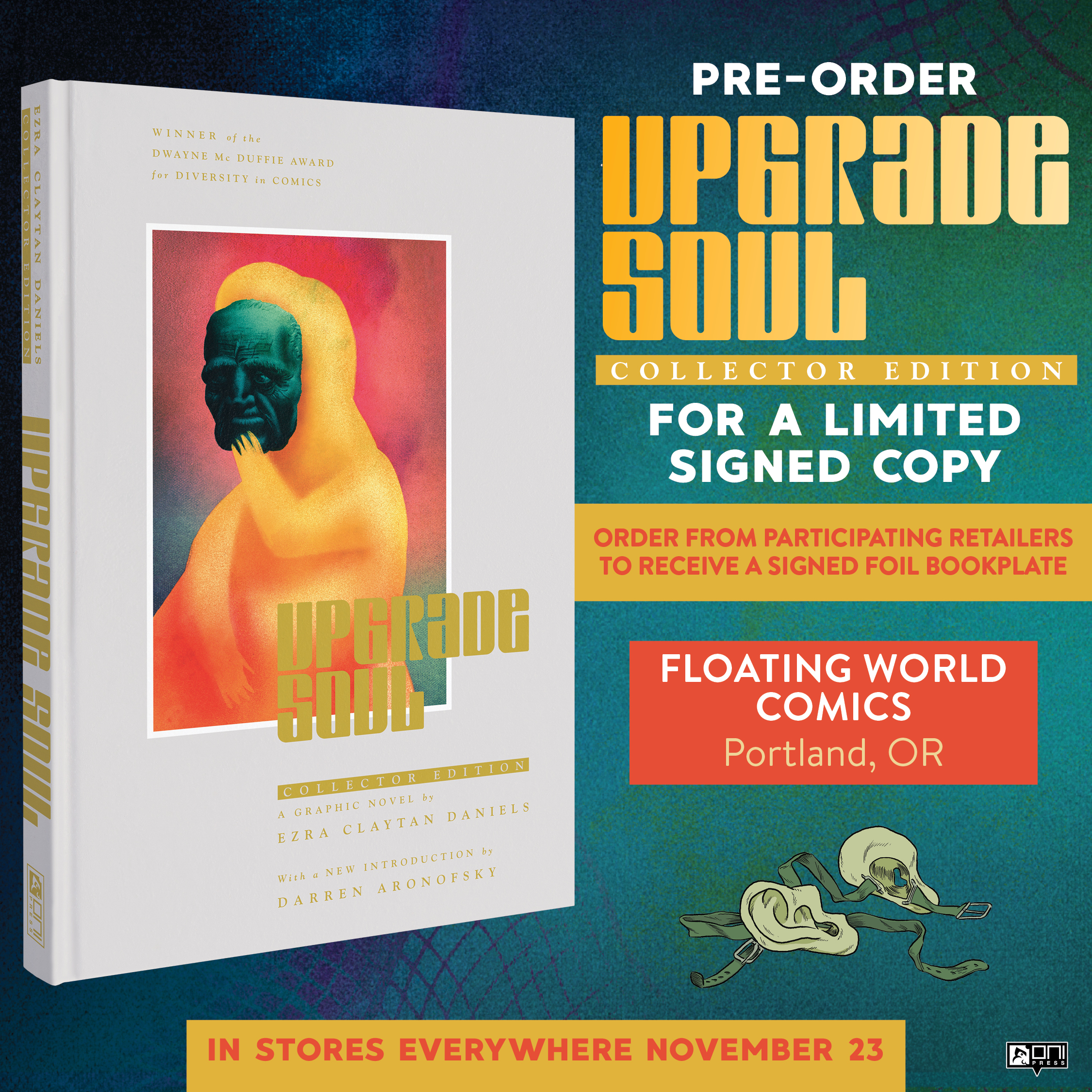