We’re excited to host our first in-store event in over two years – a book signing with Conor Stechschulte to celebrate the release of his newest book, ULTRASOUND.

In this graphic novel, which has been adapted into a feature film starring Vincent Kartheiser (Mad Men), Glen and Cyndi become unwitting test subjects in a mind-control experiment after a strange sexual encounter. They search for answers as their own memories become tools for manipulation.

Driving home from a wedding late one night during a heavy storm, out of cell range, Glen blows out his tires. He knocks on the door of the only house he sees and is greeted by an uncomfortably friendly middle-aged man, Arthur, and his attractive younger wife, Cyndi. The strange couple pours him a drink, and then more drinks, followed by odd confessions and an unexpected offer that Glen can’t refuse. Where Ultrasound zigs and zags from there is into a dizzying plot involving mind control, government secrets, gaslighting, and political intrigue that is always one step ahead of the reader. Stechschulte’s brilliant use of color and mastery of comics storytelling yields a breathtaking puzzlebox of a sci fi thriller — the moment you finish, you will want to go back and reread Ultrasound from the start.

Ultrasound has also been adapted into an acclaimed feature film directed by Robert Schroeder and starring Vincent Kartheiser (Mad Men), from a screenplay by Stechschulte. The film earned raves at the 2021 Tribeca Film Fest and is scheduled for theatrical release in March 2022 and will premiere streaming on Hulu in June.

WHO: Conor Stechschulte
WHAT: Ultrasound release party and signing
WHEN: Tuesday May 24, 5-7pm
WHERE: Floating World Comics, 400 NW Couch St

Masks are required at this in-store event.

“It’s a comic of such quiet confidence that it’s hard to discuss or dissect: a perfect whole with no fissures in which to plant a lever.” — Women Write About Comics 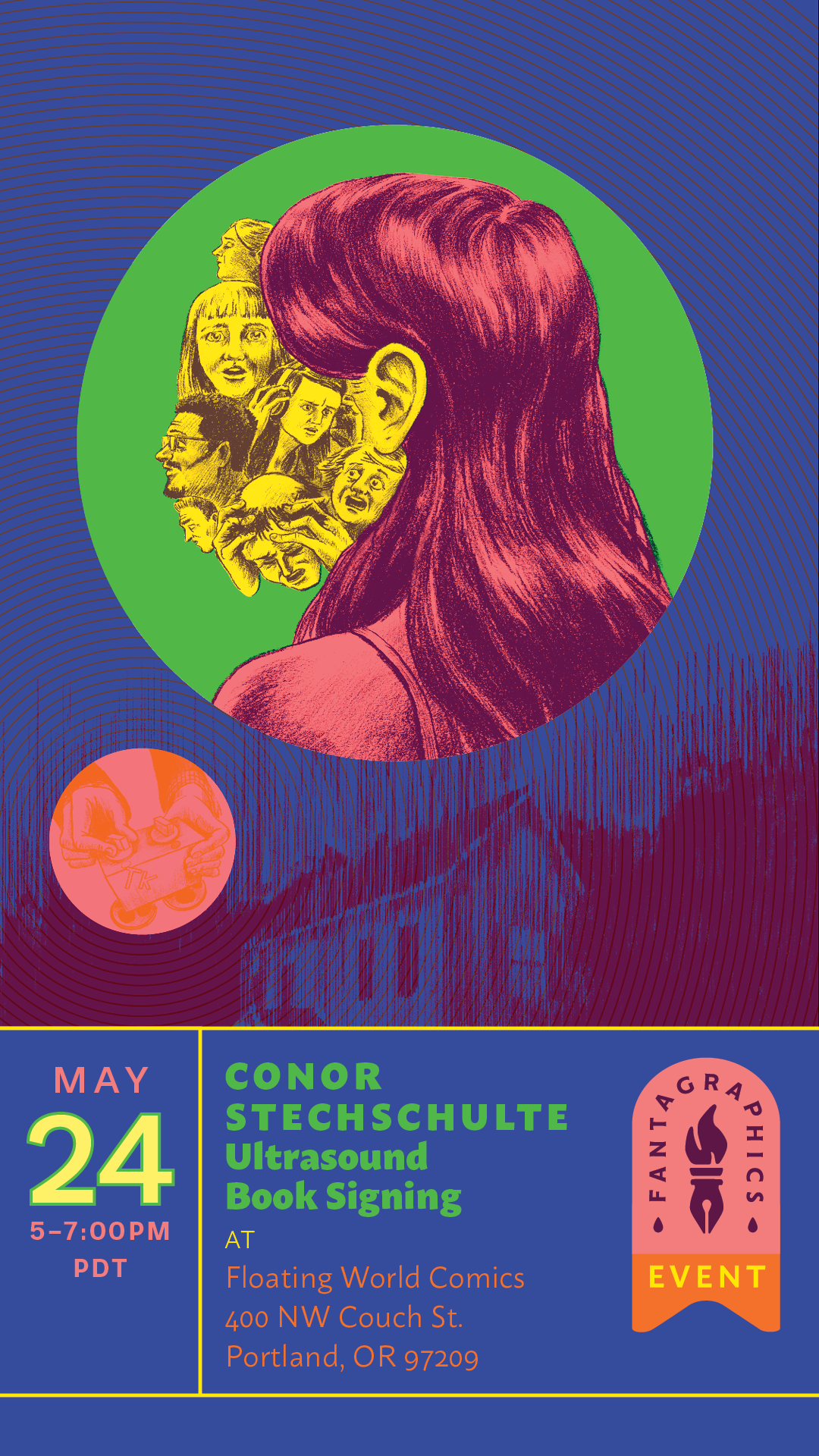