This October we are pleased to host a book signing with Josh Simmons & Patrick Keck, to celebrate the release of DREAM OF THE BAT. In addition to the slipcased hardcover book published by Mansion Press, we will also have limited edition signed giclee and silkscreen prints, and t-shirts available.

Pre-order a signed copy of the book now.

In this demolition of the superheroic myth, Josh Simmons paints the portrait of a hero alienated by his own convictions and ready to use extreme and deviant means to change a society he considers perverted. If he was an example, or even a source of hope for the weak, he is now only a shadow of what he once represented and has abandoned all reason and nobility to sink into a devouring madness and depression.A perverse character who has abandoned all morality, is the Bat still on the side of good?

What do we find in this Dream of the Bat? 4 totally creepy, hilarious and transcendent stories which work together to create a complete graphic novel 16 years in the making! 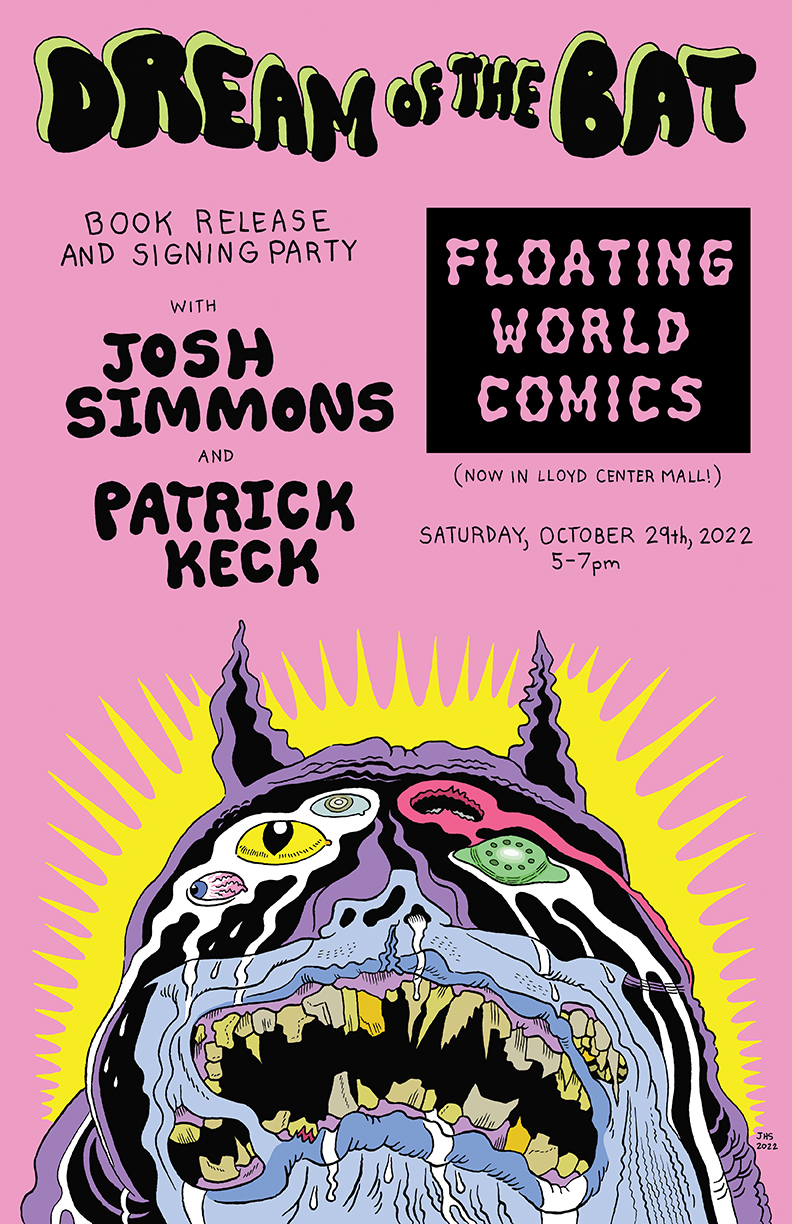