Don’t miss this book signing and reception with Antoine Maillard for his new book, Slash Them All!

Order the book here to receive a signed copy!

Two high school students are found dead, stoking fears amongst the student body and surrounding community of a serial killer on the loose. Yet summer is approaching, and the future is fraught with uncertainty—if only things could go back to normal for just a while longer. Instead, the heightened police presence prevents Pola from dealing at school while her best friend, the typically discreet Daniel, resists increasingly morbid impulses. News crews speculate about the Bloody Batter, triggering PTSD and fueling paranoia. Meanwhile, evil has its own plans.

Slash Them All is cartoonist Antoine Maillard’s tribute to 1980s American horror cinema, skillfully absorbing the traditions and tropes of the genre, yet drawn in a gorgeous, grayscale pencil style that evokes 1950s film noir more than Jason or Freddy Kreuger. This singular work of graphic fiction is a story about adolescents thrust unexpectedly, unwillingly, and unpreparedly into adulthood, told with a graphic acuity and emotional depth that transcends its simple slasher inspirations. A 2022 winner for Best Crime Graphic Novel at the Angoulême International Comics Festival.

WHO: Antoine Maillard
WHAT: Slash Them All book release and signing
WHEN: Sunday Nov. 6, 4-6pm
WHERE: Floating World Comics, 1223 Lloyd Center

“The lush and inviting illustrations are done in a gray-scale pencil, which adds to the overall filmlike quality.” — Booklist

“With a splendid graphic style and a sense of depth, Antoine Maillard reinvents the slasher genre. A relentless story where the tension lies in the in-between and in accruing small but meaningful things.” — Libération

Antoine Maillard (b. 1989) is a cartoonist and illustrator living in Toulouse, France. Slash Them All is his first book. 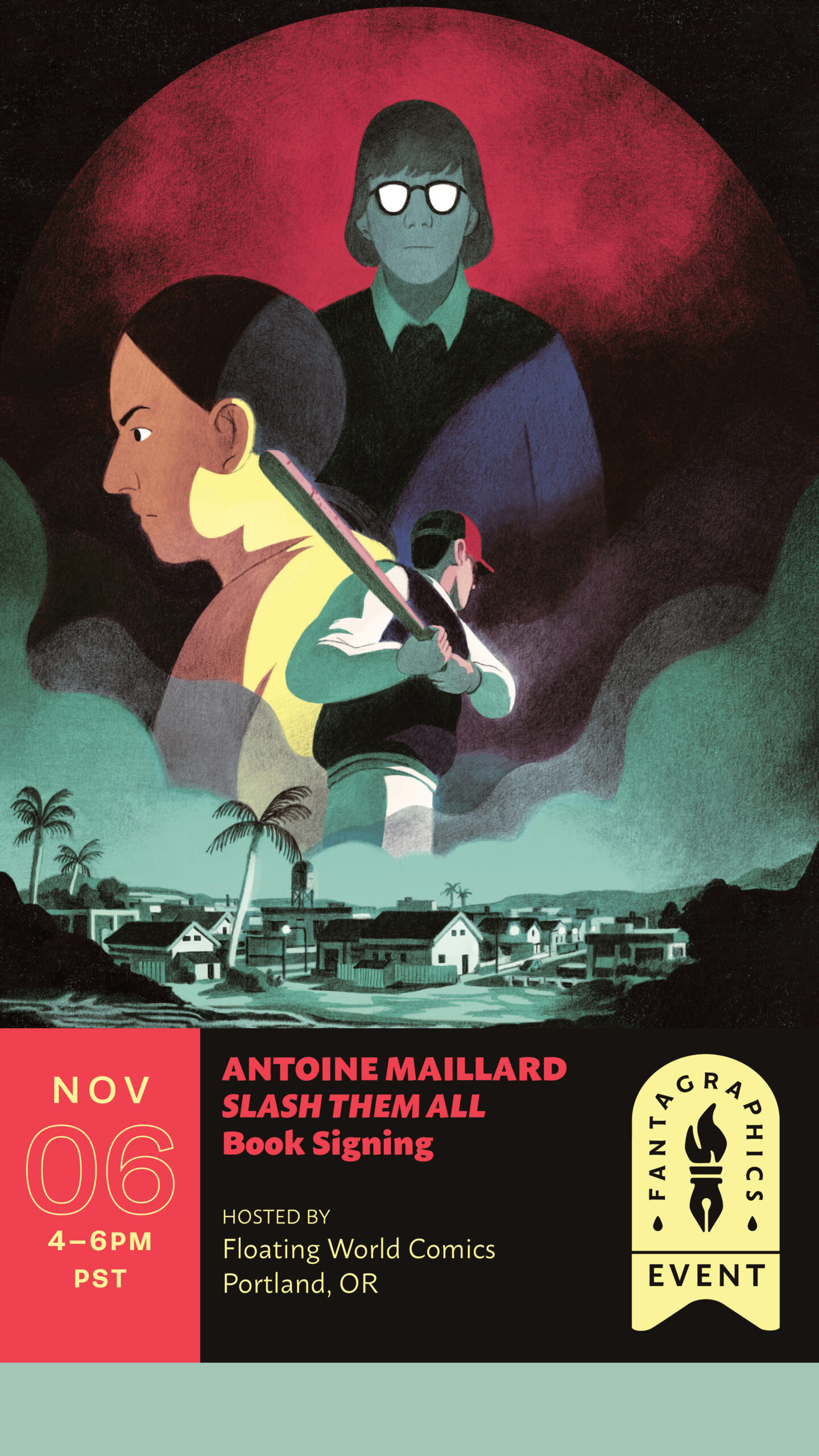