Get ready for a Comix Explosion this Friday Dec. 16 with two new comix released and performed at the Mall!

Amanda Berlind is a composer and artist. today she is eating a papaya.

Ross Jackson is a cartoonist, designer, and rapper in Portland, OR. He is a founding member of Secret Room Press and you can check out his work online at rossjackson.cool. 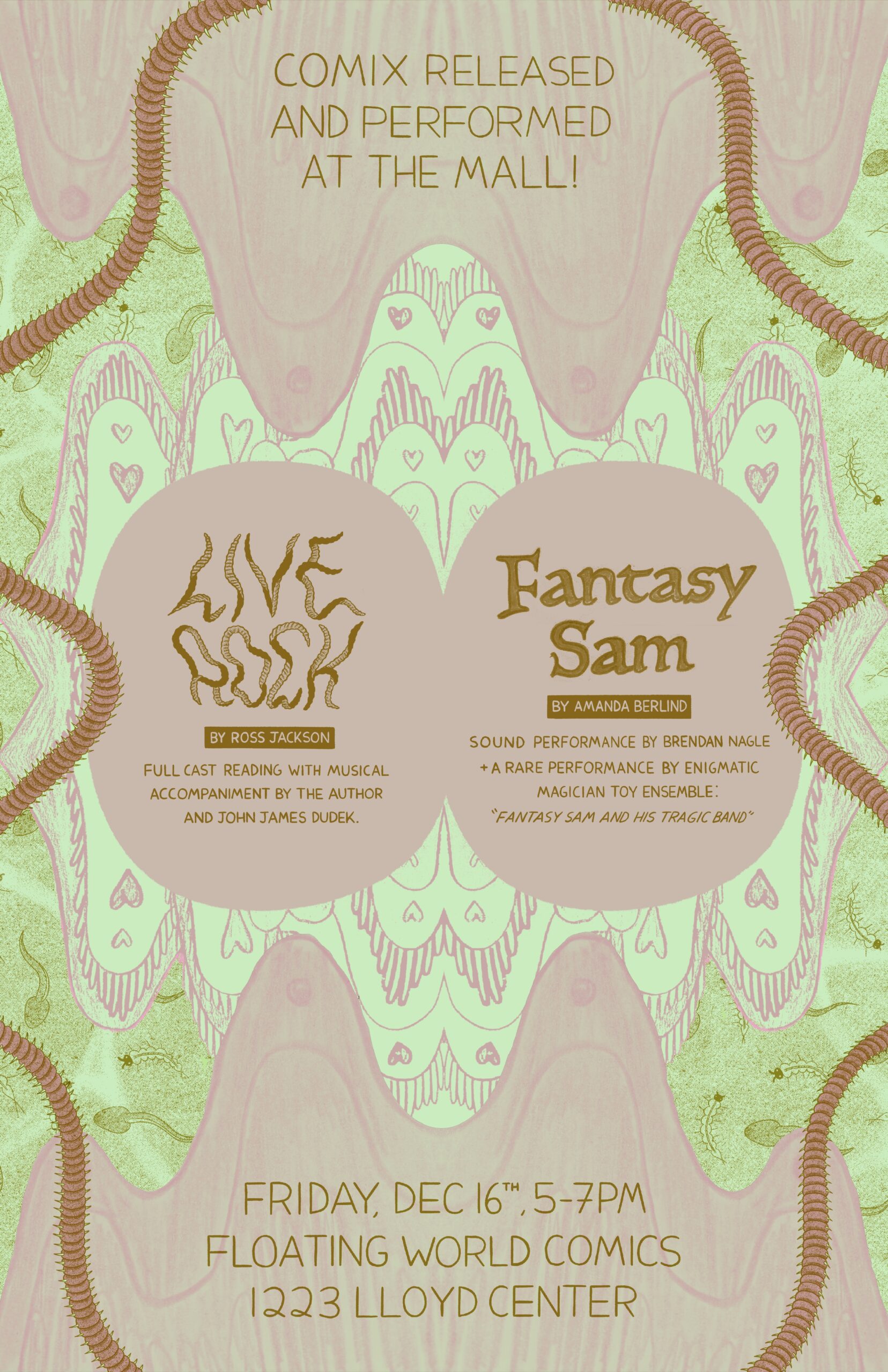