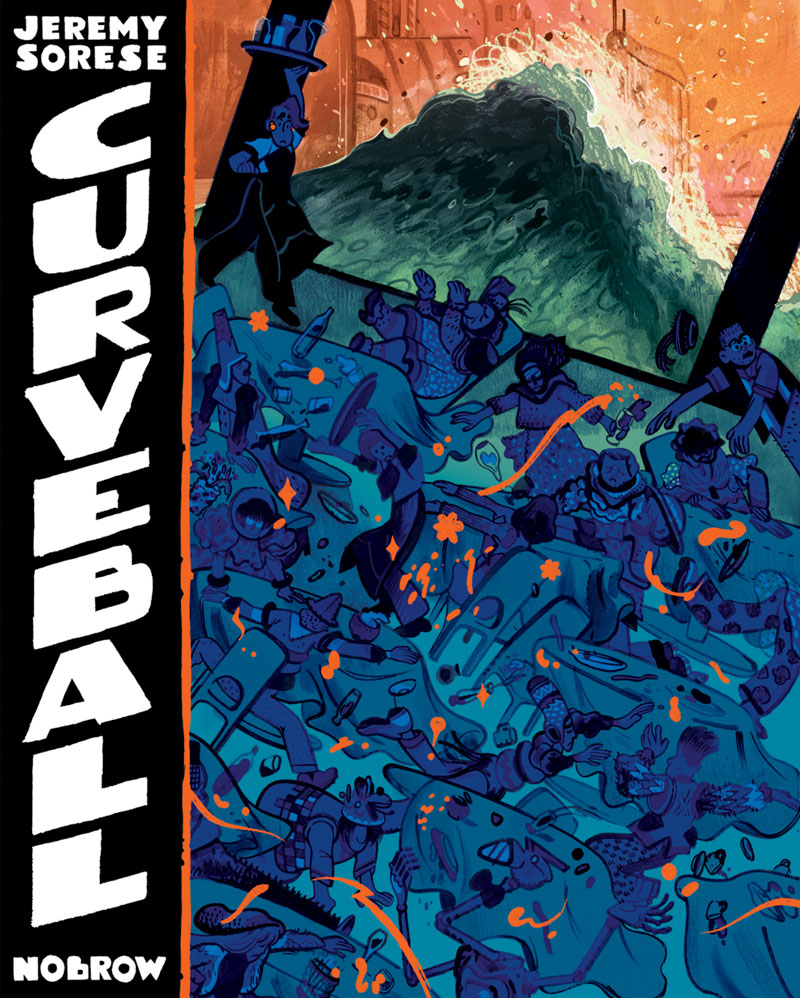 Jeremy Sorese stuns in Curveball, his debut long- form graphic novel of futuristically epic proportions that juxtaposes the mechanical breakdown of the world against a compellingly quiet and human tale. Join the artist at Floating World on Wednesday December 9th to celebrate the release of his stunningly illustrated debut graphic novel!

Set far in to the future, after years of technological advancement the increasingly dependent relationship between humans and robot is forced to change. With energy stores depleting, humans can no longer rely on the support of their technological counterparts.

In the midst of this turmoil one woman faces her own heartbreak at the hands of a manipulative friend. Sorese wonderfully explores how the emotions of a broken heart can make us feel like the center of the universe and takes us deeper in to the realization that we aren’t often becomes more painful than the heartache itself.

Born in Berlin and raised in Virginia, Jeremy Sorese went on to study at the Savannah College of Art and Design in Georgia. Following his studies, Sorese became a resident of La Maison des Auteurs in Angouleme, France. He is the creator and current writer of the Steven Universe comic series, published by BOOM studios.