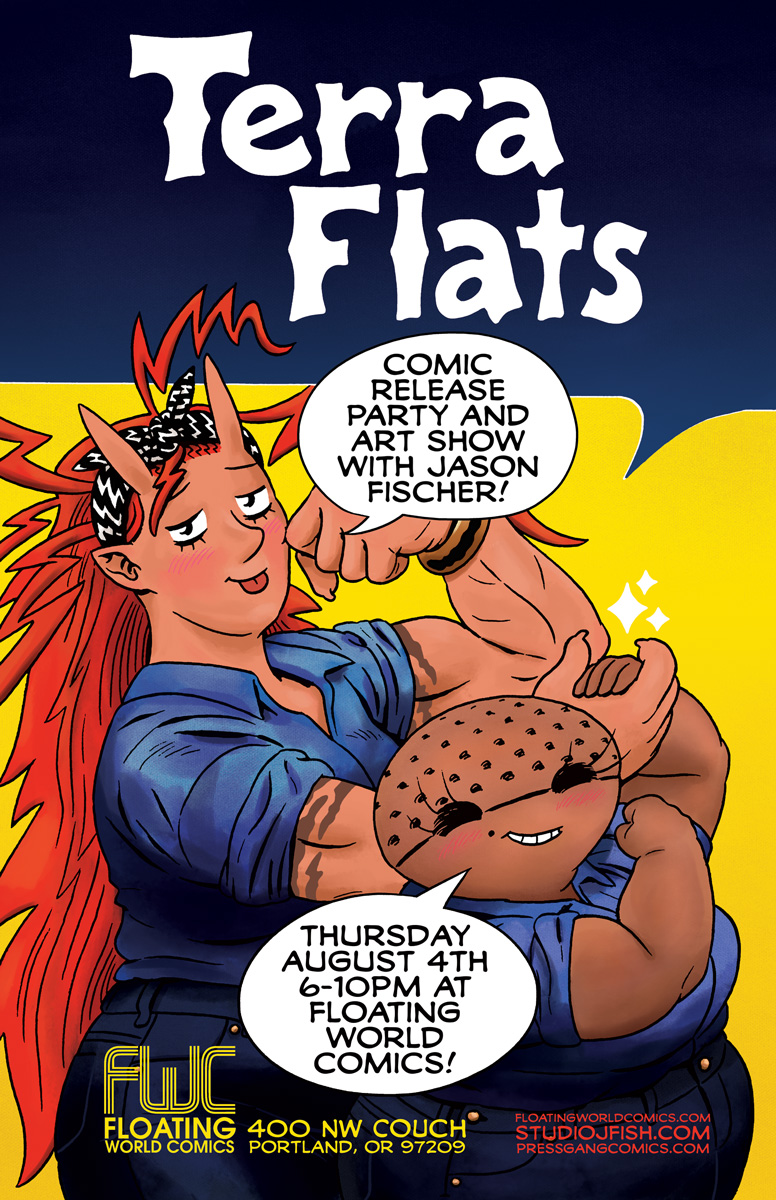 Floating World and Press Gang are excited to host a release party for our newest publication, Terra Flats, by Jason Fischer. This new ongoing series follows two friends navigating the challenges of life and love in the big city. Broken Frontier praised the debut issue as a “manga-flavored fantasy-comedy (that sees Jason) growing into his own highly individualized voice.” Jason will exhibit original art from the book and also produce two exclusive prints just for this show.

“Hex In The City”
Introducing the captivating Vee and her best friend Pony, a sweet and powerful demon. When Drake the vampire and Komo the dragon compete for Vee’s affections, spells and sparks start to fly! Romance meets magic in this enchanting new series about living and working in the big city!

In 2013 Jason Fischer worked as an art assistant to Bryan Lee O’Malley on his newest graphic novel Seconds. His previous comic projects include Seconds Helping, Burgermancer, and Junqueland.