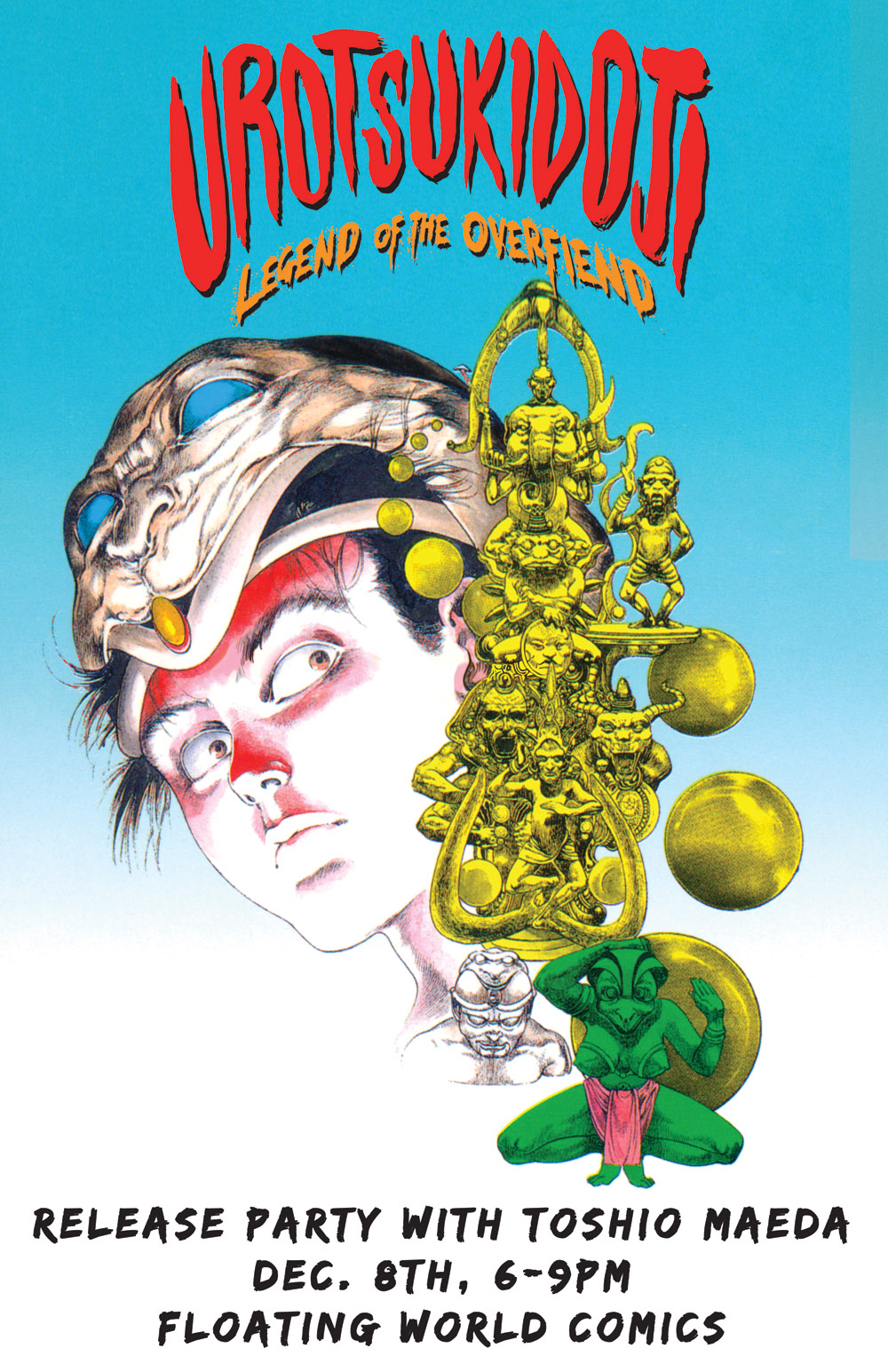 Urotsukidoji follows the story of Nagumo, a boy who unknowingly contains the god of the demon realm, Urotsukidoji within him. His power is sought after by demons both good and nefarious, but Nagumo is clueless as he deals with puberty. Both the anime and manga have a cult following internationally, known for their dark humor and beautiful, lewd ink illustrations.