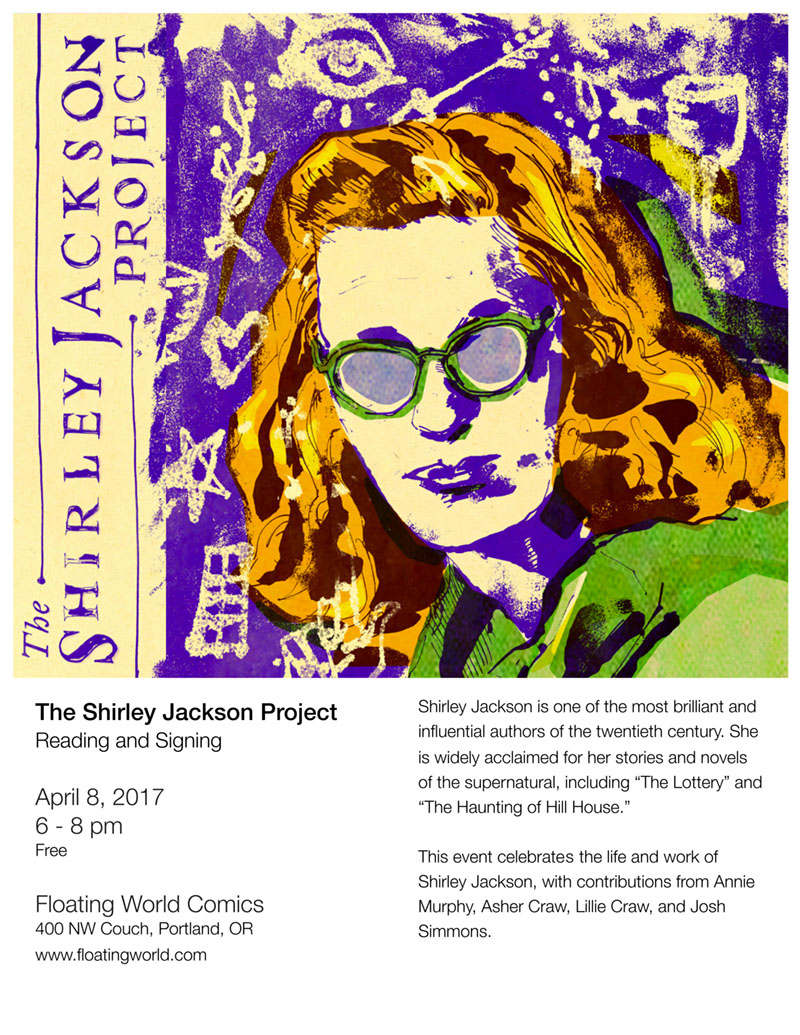 Join us on Saturday April 8th at 6pm for a book release party and reading with Asher & Lillie Craw, Annie Murphy and Josh Simmons.

Included are riffs on famous stories and acclaimed novels by Jackson, including Frakes’ amusing account of her somewhat traumatizing encounter, at a young age, with the immortal short story “The Lottery;” Annie Murphy’s haunting evocation of mother-daughter relationships, viewed through the lens of Jackson’s relationship with her own mother and The Haunting of Hill House; Asher & Lillie Craws’ lighthearted and perceptive examination of Jackson’s treatment of buildings and food in her fiction; and a tour-de-force silent interpretation of “The Tooth” by Maggie Umber.

“This book is the fruition of my lifelong obsession with Jackson’s work,” says editor Robert Kirby, winner of the 2014 Ignatz Award for Outstanding Anthology or Collection for his anthology, QU33R. “I’m so happy to have had the opportunity of teaming with Dan Mazur again, an open and sensitive publisher.”

ABOUT NINTH ART PRESS– Ninth Art Press is a micro-press specializing in independent comics. Founded in 2011, it has published the anthologies Show and Tell: Comics About Teaching and Learning (2011), The Greatest of All Time Comics Anthology (2012), SubCultures (2014), and the first collaboration with Kirby, What’s Your Sign, Girl? Cartoonists Talk About Their Sun Signs (2015).