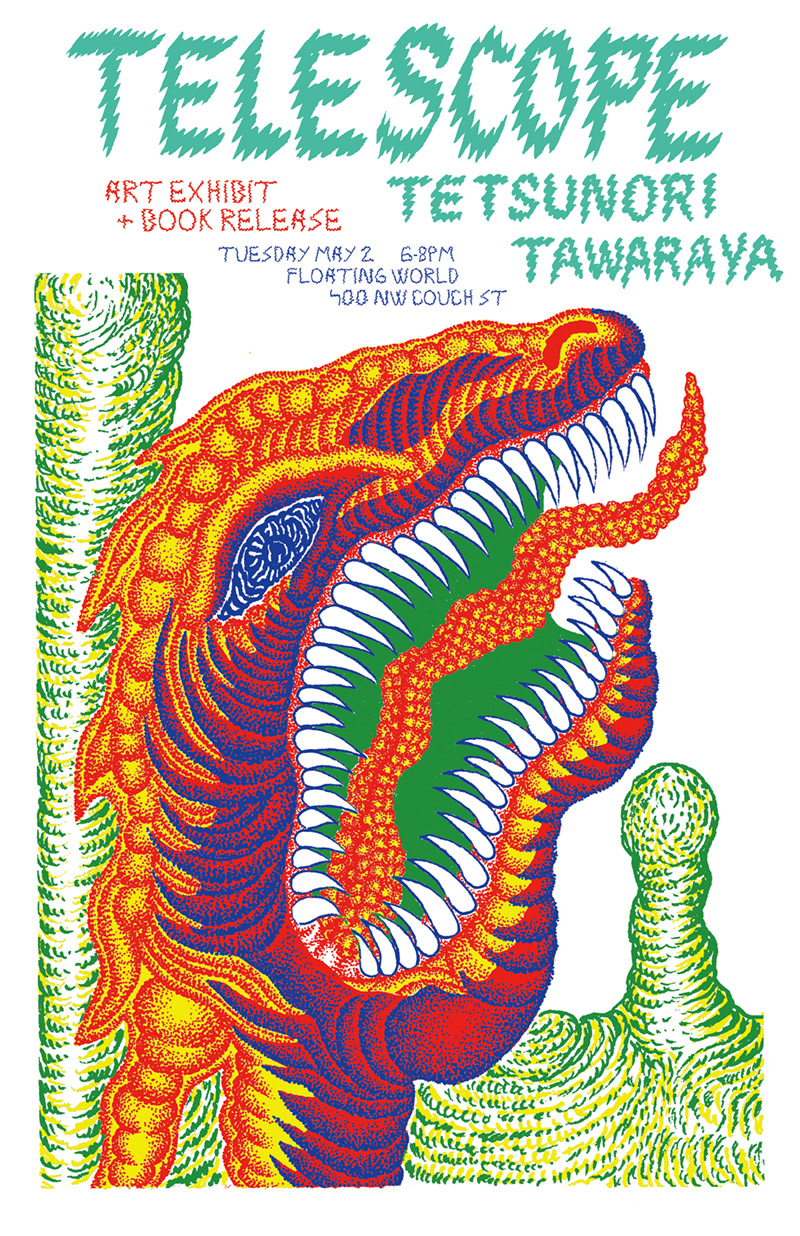 Punk musician and underground Japanese artist Tetsunori Tawaraya is coming to the West Coast this May! His tour will bring him to Floating World on Tuesday May 2nd, to celebrate the release of his new Colour Code publication, TELESCOPE. We will have an exhibit of original artwork and other eclectic items from his tour.

He formed 3-piece punk band Dmonstrations with the members of Dosage and Usage in 2003. They released EP, LP on SAF Records, GSL(Gold Standard Laboratories), then toured west coast with legendary punk band The Slits. He also writes and performs in Japanese punk duo 2up (pronounced up up) (2002-present), released on SAF Records, Ache Records, and Toad Records.

He was always having handmade comics at punk shows that was crafted with painted card board box as the hard cover, occasionally fur and photo collage were attached. Those independent comics were compiled and released in 400 page book Tetsupendium Tawarapedia in 2015.