Acclaimed graphic novelist and master of modern horror Josh Simmons returns with a harrowing and genre-bending collection of short stories.

Simmons’ disturbing and often provocative stories work as straight examples of the form as well as blackly humorous, satirical riffs on a genre. Simmons has an uncompromising commitment to exploring the intersection of abomination and hilarity, and Flayed Corpse and Other Stories contains more than two dozen of examples of his deft voice and vision.The individual stories in Flayed Corpse stand on their own as mini-masterpieces, but collectively complement each other in a way that only heightens the anxiety and dread pouring from page to page. Flayed Corpse also collects several collaborations between Simmons and other cartoonists, including James Romberger, Anders Nilsen, Tara Booth, Eroyn Franklin, Tom Van Deusen, and Eric Reynolds, amongst others.

Josh Simmons burst onto the comics scene with his solo anthology comic series Happy in 2001. Since then, he’s put out a number of brutal, deeply unsettling, and often hilarious horror comics including Jessica Farm (2008), The Furry Trap (2012), and Black River (2015). His stories have also appeared in the acclaimed comics anthology Mome. He lives in Portland, OR. 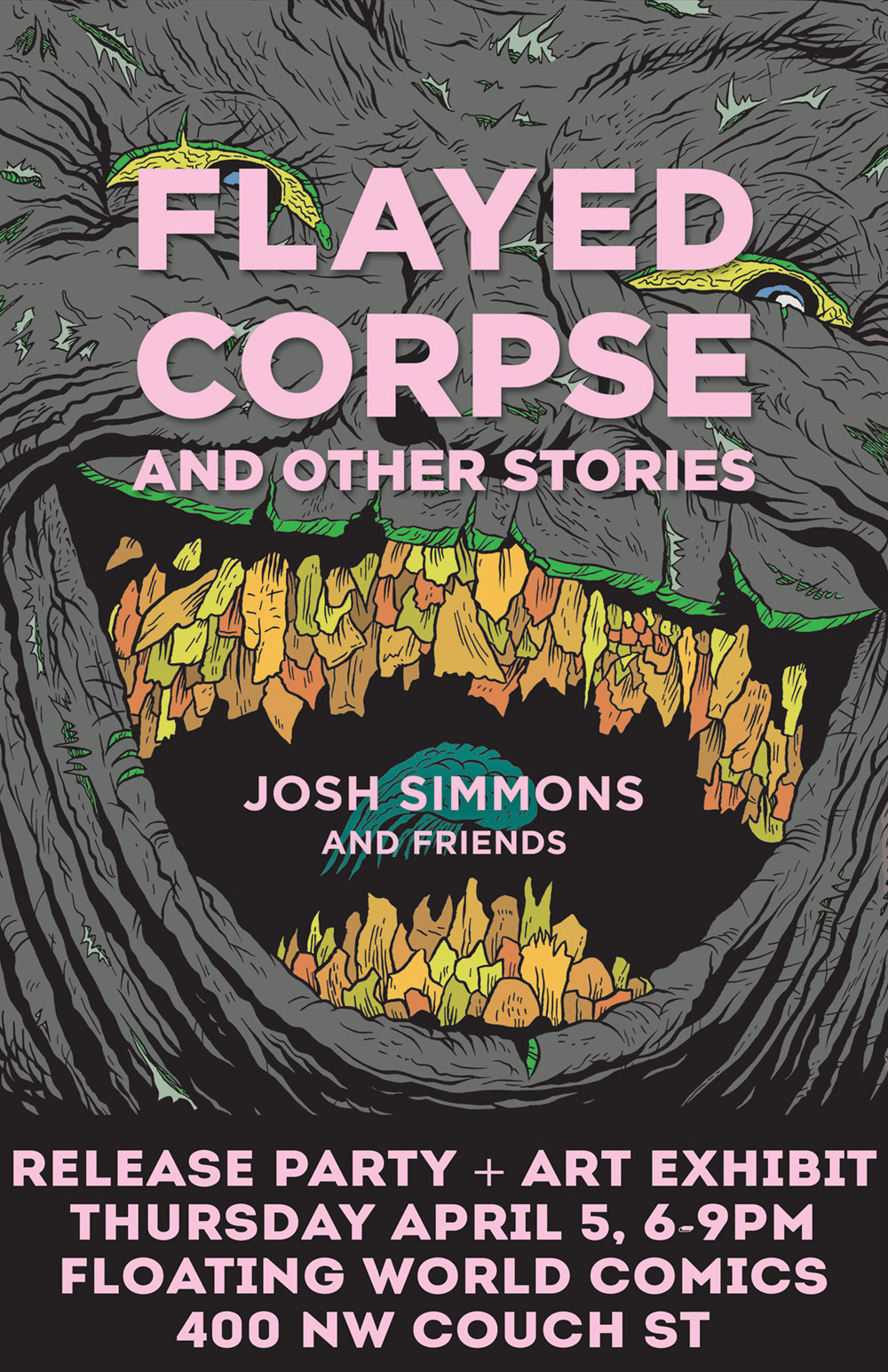