Here it is, Chris Cilla’s long awaited follow-up to Labyrinthectomy/Luncheonette! Blue Onion chronicles our itinerant, titular hero as he traverses unique landscapes with his mind, meanwhile cultivating interesting specimens (chiefly, worms) for the sake of observation. All the while, intergalactic rock group, “Ghost Manor” forge ahead with their songwriting career in space. And a menacing alien lifeform descends upon earth and proceeds to wreak havoc, all in this fun, rollicking, rip-roarin’ yarn of a comic.

Join us for a release party on Thursday, July 5th with Chris Cilla, who will also have a selection of limited edition Sardine Can Press t-shirts for sale!

Chris C. Cilla is a cartoonist and screenprinter. His full length book The Heavy Hand was published by Sparkplug Comic Books in 2010. His work has been featured in anthologies such as Kramers Ergot, Barf Water, and Bog Witch. He has been publishing minicomics since 1987, notable titles include The Diplomat, Dripp, Hot Dog Holiday, Putz Rush, and Stun Nuts. Born in Tucson, Arizona, he has since lived in Portland, Oregon and Gwangju, South Korea. His work has been exhibited in galleries in Helsinki, Lucern, Los Angeles, San Francisco, Seattle, and Detroit. He was a member of Portland’s Pony Club gallery and played bass guitar for The Pork Torta. 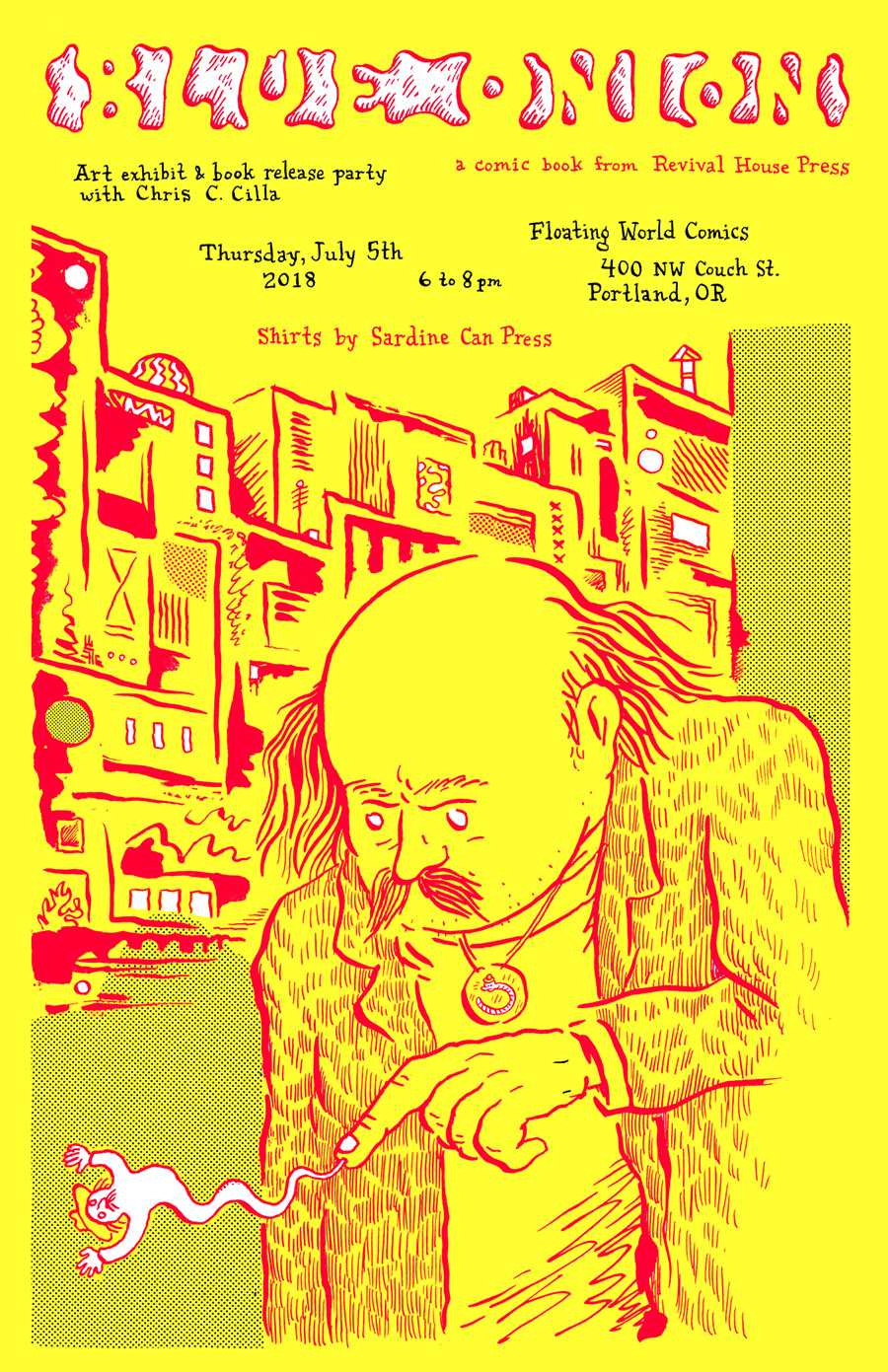