Jim Woodring is coming to Floating World on Saturday, July 28 to celebrate the release of his latest graphic novel – Poochytown.

Jim Woodring’s beloved anthropomorph called Frank has been subjected to hundreds of unbelievable adventures veering crazily from exaltation to despair. The delicious mysteries of Frank’s universe — aka The Unifactor — have beguiled Frank and his readers for years, yet nothing could prepare either him or the world at large for the transdimensional depredations of Poochytown, the latest and greatest installment in the ongoing saga that began with Congress of the Animals, began again in Fran, and now begins anew.

When Pupshaw and Pushpaw depart for the orgiastic delights of Poochytown, the forlorn Frank is thrown by a twist of fate into an unlikely friendship, propelling him down a long road of escapades and trials that ends in one of the most shocking acts ever depicted in the Frank canon. Poochytown takes readers to the distant crumbling edge of the Unifactor, where the landscape’s mind is either unfettered or unhinged, depending on your particular taste for mischief. What occurs there beggars description, so we will not even attempt it, but rest assured it is a dark-ride-of-the-soul as only the Frank stories can deliver.

Utterly devoid of topicality, irony, or deliberate cynicism, the Frank stories are instead timeless cartoon sustenance, and Poochytown is the most opulently openhanded offering yet. This is a major new book from one of Fantagraphics’s most beloved authors.

“Brilliant… what a trip… I dig this… a lot, man… Jim really gives it to us.” — Jeff Bridges

Jim Woodring was born in Los Angeles in 1952 and enjoyed a childhood made lively by an assortment of mental and psychological quirks including paroniria, paranoia, paracusia, apparitions, hallucinations and other species of psychological and neurological malfunction among the snakes and tarantulas of the San Gabriel mountains.

He is best known for his wordless comics series depicting the follies of his character Frank, a generic cartoon anthropomorph whose adventures careen wildly from sweet to appalling. A decade’s worth of these stories was collected in THE FRANK BOOK in 2004. The 2010 Frank story WEATHERCRAFT won The Stranger’s Genius Award and was a finalist for the Los Angeles Times Book Prize for that year. The most recent Frank book, CONGRESS OF THE ANIMALS, was released in 2011. 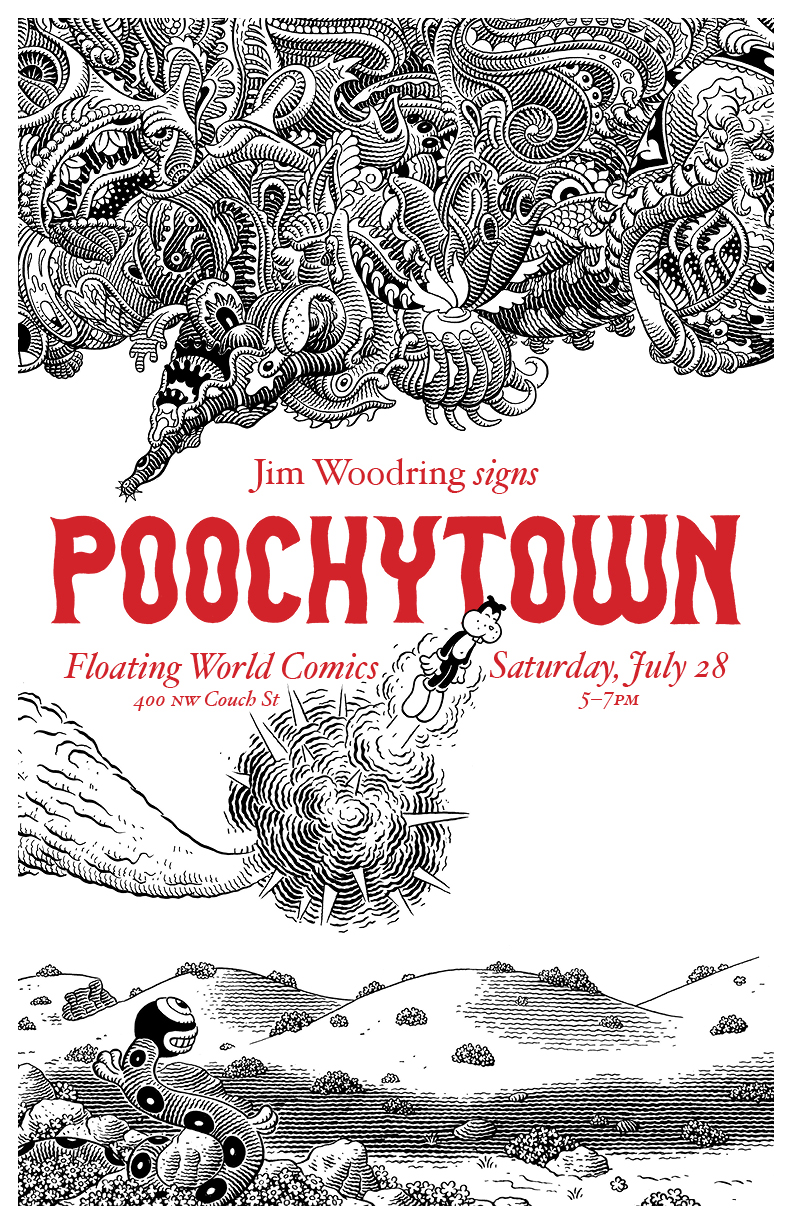