Islands and Unicorns frontperson, Nick Thorburn is coming to Floating World this September to celebrate the release of his debut graphic novel, Penguins.

Told almost entirely without words, Penguins is one of the most playfully original graphic novels in recent memory. As author Nick Thorburn explains, “Penguins go through a lot of hell that could be avoided if they had the ability to fly. This cruel irony lends itself to humor, as well as sadness. Death and the desperate search for love and companionship seem so tethered to life as a penguin, as well as for humans, and so the goal was to bridge those two and make them funny.”

Relying on visual expression and the physical movement of his penguin characters, as well as the formal properties of sequential drawings (with penguins routinely moving within and without each page’s panel borders), Penguins is a series of interconnected short strips that, without words or human characters, does more to showcase the breadth of emotion we as humans experience than most prose novels.

Nick Thorburn (b. 1981) is a Canadian musician, cartoonist, and actor best known for fronting numerous bands such as the Unicorns, Islands, Reefer, and Human Highway. Penguins is his first graphic novel. He lives in Los Angeles. 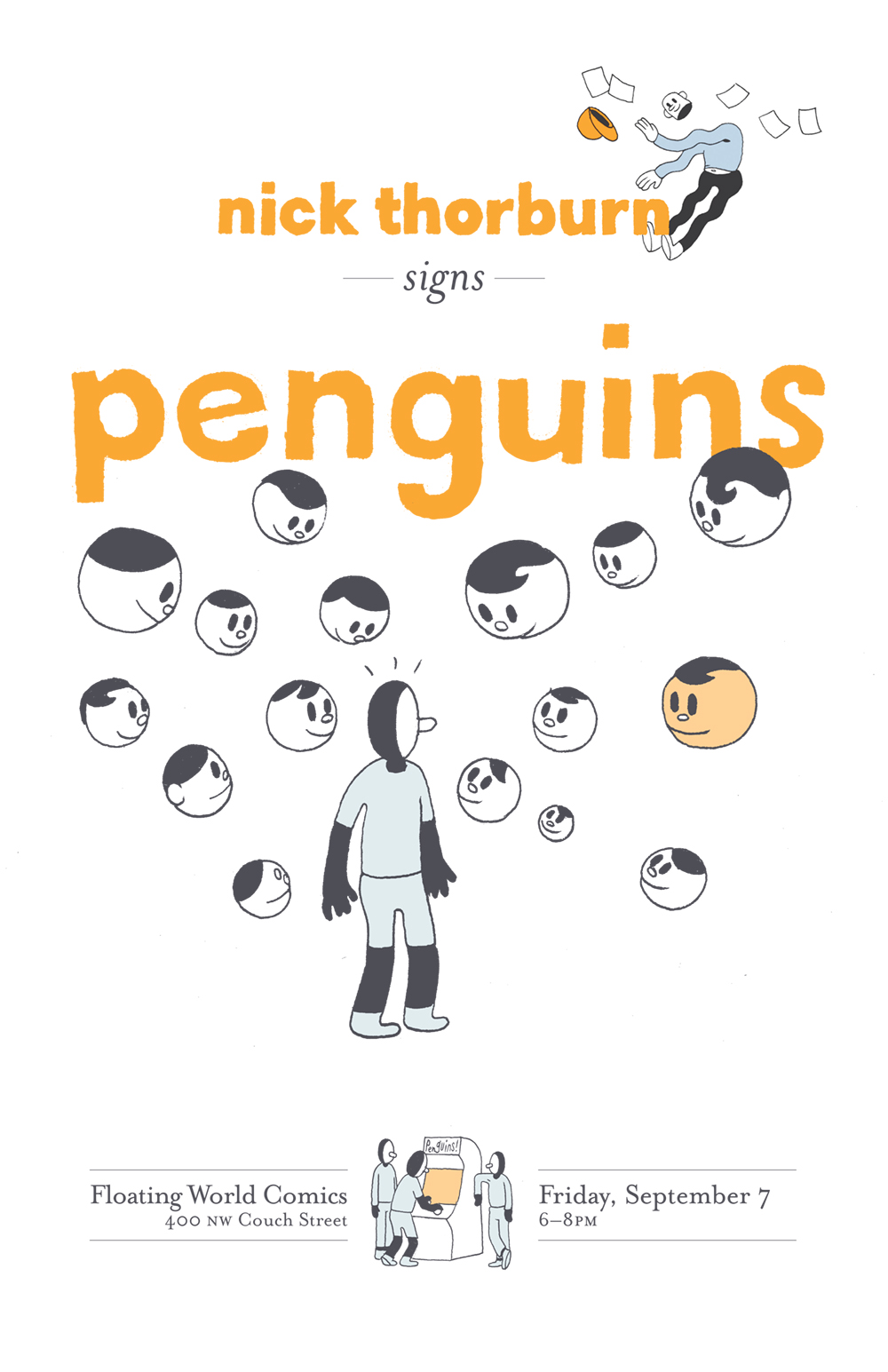 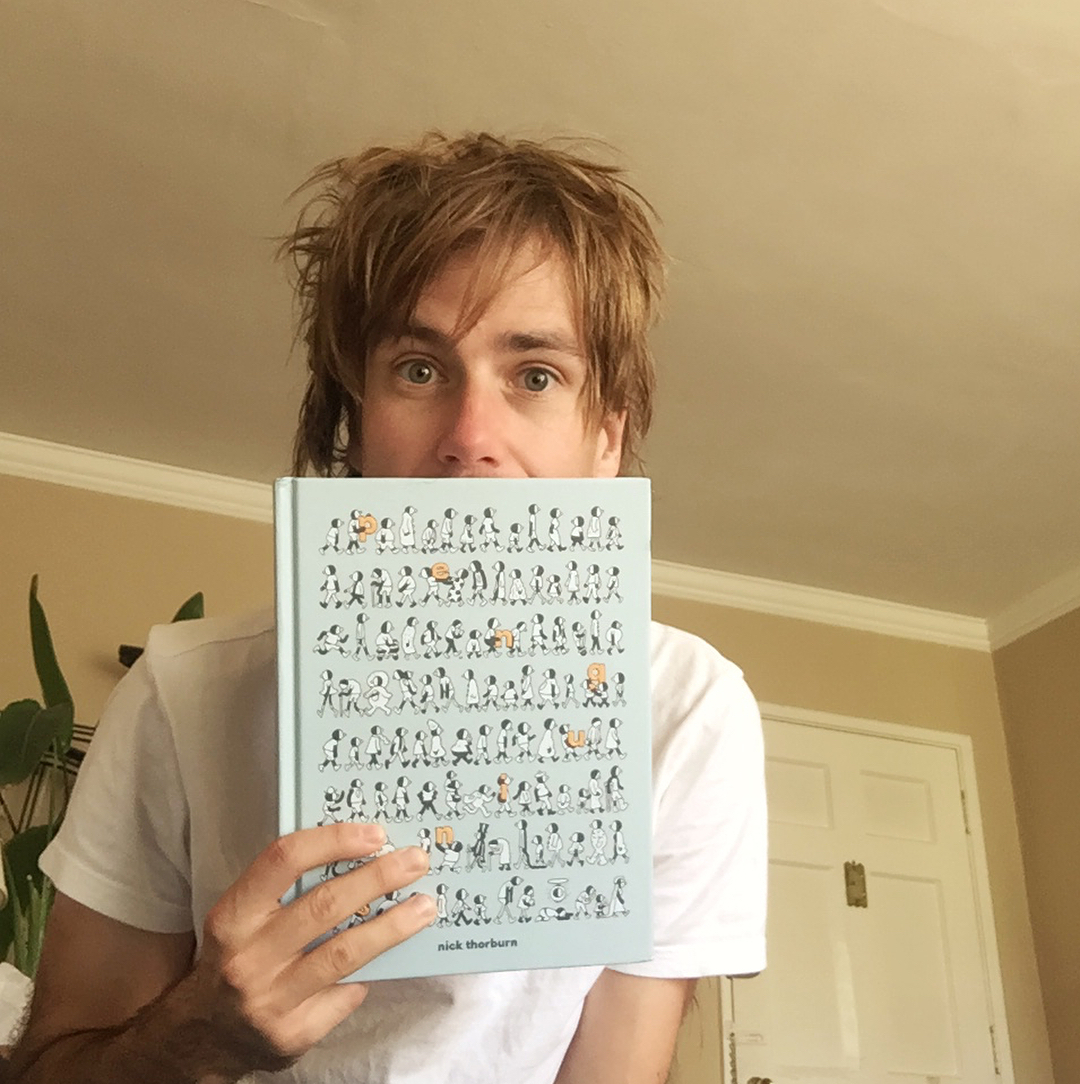