We are honored to host a book signing with one of our favorite cartoonists, Belgian comics artist Olivier Schrauwen, to celebrate the release of his new Fantagraphics book, Parallel Lives.

From one of the world’s most celebrated cartoonists comes this unique collection of six wildly inventive short stories, each a surrealist tour de force that might collectively be dubbed “speculative memoir.” Schrauwen’s deadpan depictions of his and his progeny’s futures are presented with such brio and conviction that even the most jaded reader will ask himself: was the author really abducted by extraterrestrials? Is he actually able to dialogue with agents from the future? Does he truly receive coded messages in envelopes at breakfast? In spite of all rational perception, and in spite of the author’s obvious predilection for cartoon surrealism, Parallel Lives resonates as something more than simply the overheated imagination of an artist creating freely — it glows and hums and pulsates like a portal to another reality, and is the latest masterpiece in one of comics’ most distinctive bodies of work.

“Olivier Schrauwen is extraordinary… He’s the most original cartoonist I’ve fallen onto since Chris Ware or Ben Katchor.” — Art Spiegelman

Olivier Schrauwen (b. 1977, Belgium) studied animation at the Academy of Art in Gent and comics at the Saint Luc in Brussels. Schrauwen got his start in comics drawing for the Franco-Belgian magazine Spirou. Seeking more artistic freedom, he soon left the magazine and published his work in a variety of alternative small-press zines. He came out with his first graphic novel, My Boy, in 2006, and has since published three others: The Man Who Grew His Beard, Mowgli’s Mirror, and Arsène Schrauwen. Schrauwen’s work has also appeared in numerous comic anthologies including Fantagraphics Books’ Mome. He currently lives in Berlin. 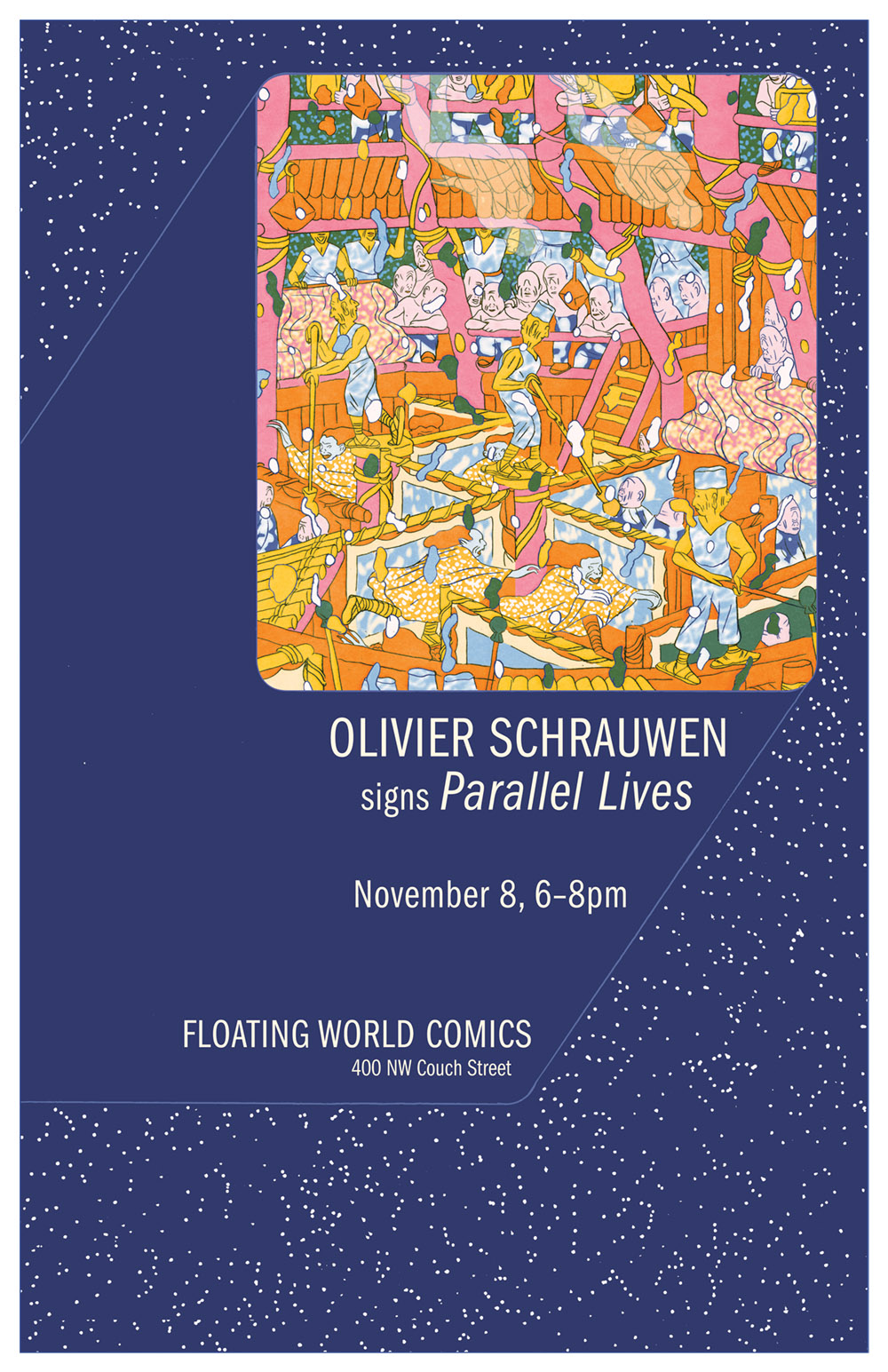