Floating World Comics is proud to usher All Time Comics to the next level of comics greatness with the release of new issues and a collection of the fan-favorite first season.

On May 2 join new series co-writer Josh Simmons to celebrate the release of All Time Comics Zerosis Deathscape #0, which Josh also illustrated! Original art from issue #0 will be on exhibit all month. We will also have advance copies of All Time Comics Season One TP available before its official June release.

All Time Comics delivers the most epic event of the year – ZEROSIS DEATHSCAPE!

Written and illustrated by Josh Bayer and Josh Simmons, with inks by Ken Landgraf, this zero issue is the perfect intro to the new wave of ATC.
Features the first appearance of The Red Maniac, and we meet Time Vampire Scientist, who foretells death and destruction with the dawning of the Zeroverse!

“I met Josh Simmons at CAKE in 2013, but I first heard about him in 2003,” recalls All Time Editor, Josh Bayer. “Sammy Harkham had just published him in Kramers Ergot and I had the sense he was a genuinely dangerous creator.”

“The aim is for ATC to function like a good band,” remarks Josh Simmons, “where a bunch of skilled creators come together to create something larger than the sum of its parts. In particular I was inspired by the ATC goal of mixing Bronze Age and contemporary weirdo cartoonists, and trying to smoosh artists together in a way that was exciting and fresh.” 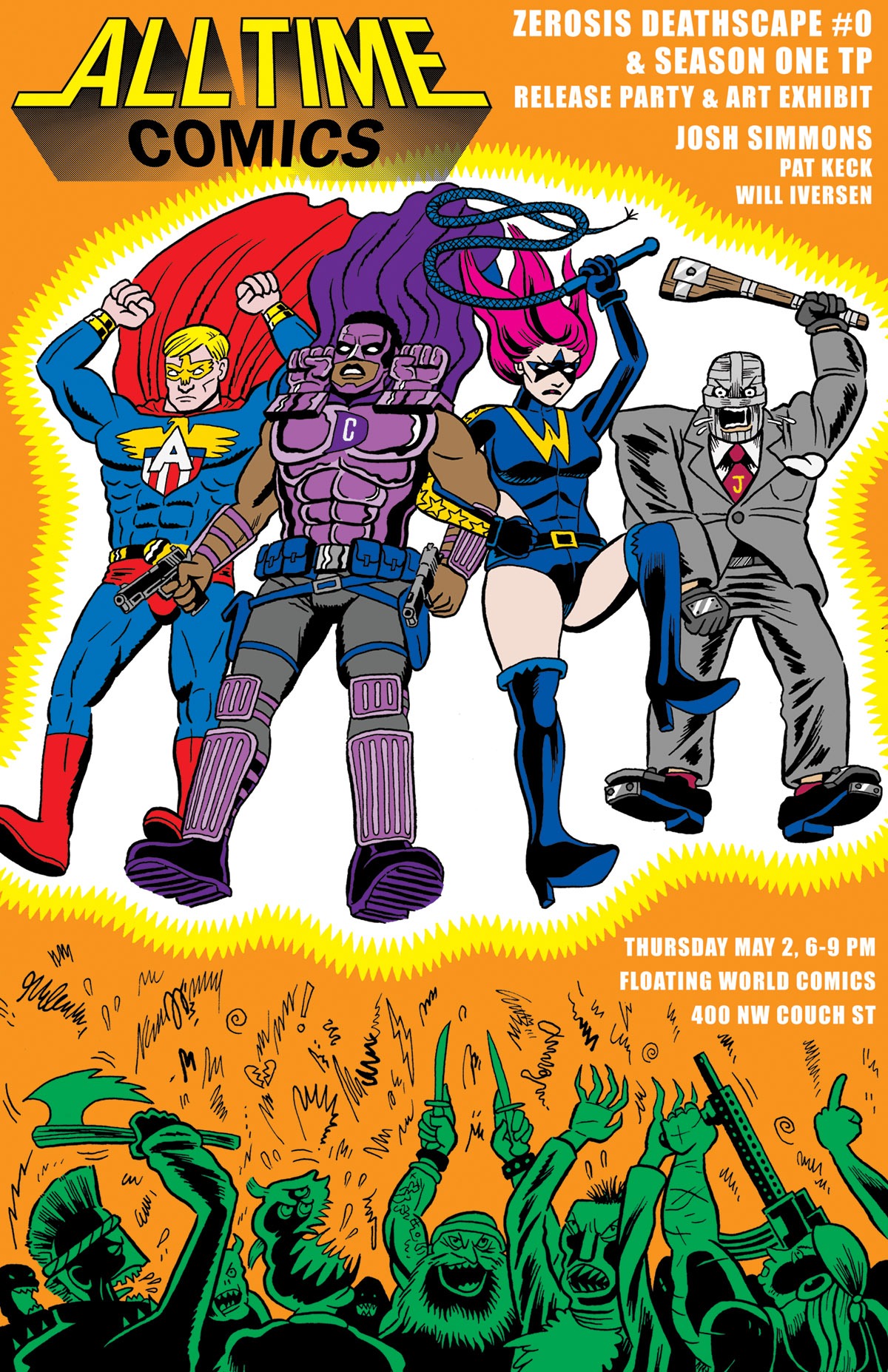