“There is a mutant doctor that carries a special raygun to treat deadly patients. One day, he was trapped in another dimensional world that was an incarnation of a rare disease. His comrades run to save his life with extraordinary method.”

TETSUNORI TAWARAYA is originally from Miyagi, resides in Tokyo, Japan. He started drawing portraits of people and musicians in San Diego, CA in 1999. Prolifically created sci-fi/experimental comic books, and sold them at the gigs, besides performing in a Tokyo based noise rock duo 2up, and a San Diego based punk band Dmonstrations. His original perspective has been acclaimed, such as his sci-fi comic character featured on an American rock band Thee Oh Sees album cover. Many vibrant artbooks have been published by Hollow Press, Le Dernier Cri, and Colour Code using the techniques of silkscreen and risograph. Braindead, Volcom, NTS Radio respectively collaborated, and his works have been active in multiple platforms. 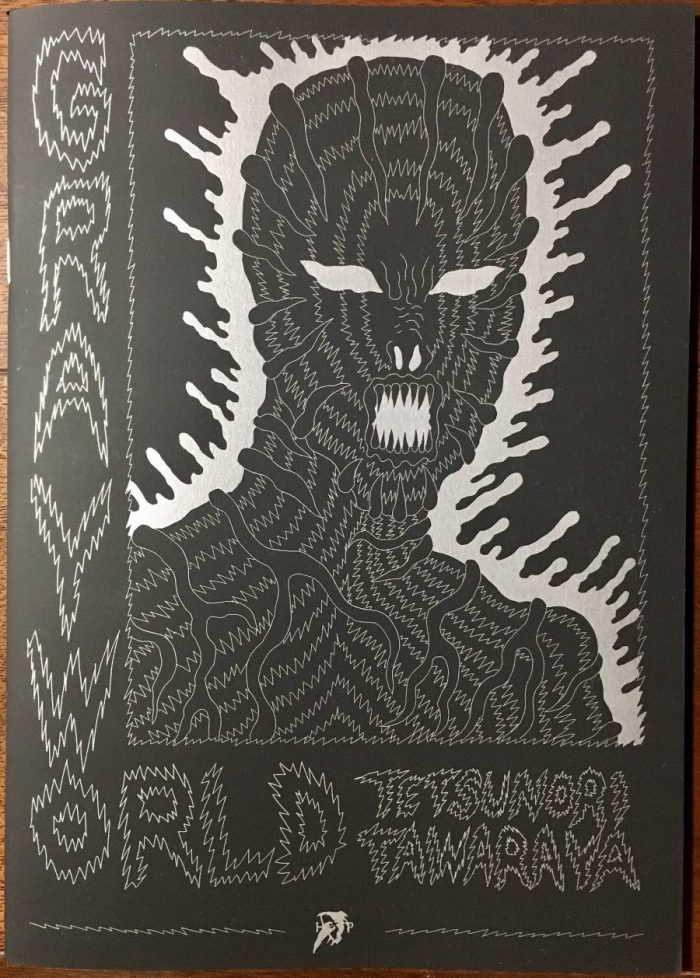