Simon Hanselmann has produced a gorgeous broadsheet catalog of his paintings that have been featured in galleries across the world. PERFORMANCE features the entire gang – Megg, Mogg, Owl, Werewolf Jones and Booger in moments of anxiety, debauchery and slack repose.

New York Times Best-Selling cartoonist Simon Hanselmann (Megahex) was born in Tasmania, Australia and currently resides in Seattle, WA. He spends his days meticulously watercoloring each page of comics he hand draws. Simon has found international success with his stoner witch comics, which have been translated into over a dozen languages. When not makes comics, Simon can be found smoking cigarettes and walking a one-eyed dog.

Be the first to review “PERFORMANCE by Simon Hanselmann” Cancel reply 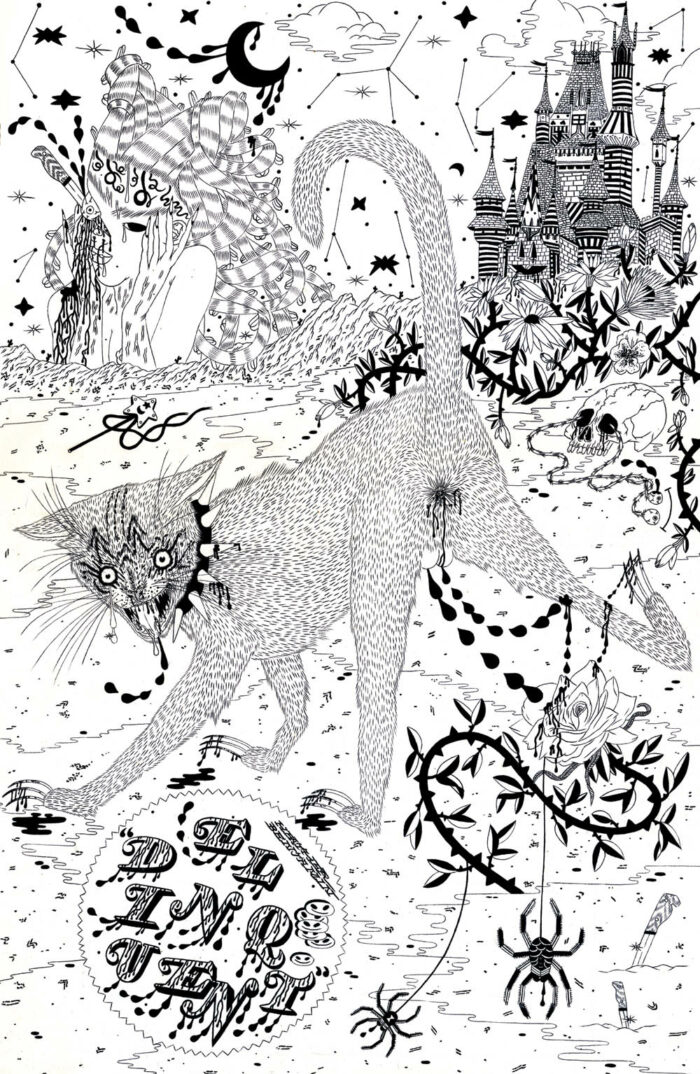