Test Tube follows three people living in a faceless city of decrepit movie theaters, girlie night clubs, and paper thin apartment buildings. Within that stew, they are exposed to strange photographs, old cracked statues, cardboard cut-outs, and sexual mania. A wild woman named Jill meets a white haired poet named Gene Dennel at the flea market. He invites her to collaborate on his masterpiece, revealing the secret that could spark the next phase of human evolution.

Carlos Gonzalez is a deeply inspirational figure in the underground comics and music scene. He has created a vast body of DIY work including the 500 page sci-fi opus, Slime Freak, experimental films shot on VHS, and a number of cassettes recorded with his musical project, Russian Tsarlag. His comics have been published in anthologies like Kramers Ergot 6 and his artwork has been exhibited in galleries with members of Fort Thunder. Test Tube was nominated for an Ignatz award for Outstanding Minicomic.

“Test Tube is so full of mind-bending art and visual energy that it almost defies description.” – Anya Davidson (School Spirits, Band For Life)

“The immersive tour ­de ­force here will make you laugh not necessarily through gags, but by sheer surreal weirdness.” – Seattle Weekly

“(Gonzalez reveals) a frantic spectacle of evolutionary science fiction that serves as an earnest appeal for poetic truth. Test Tube seems to argue that we have the ability to evolve, but we won’t.” – Comic Bastards 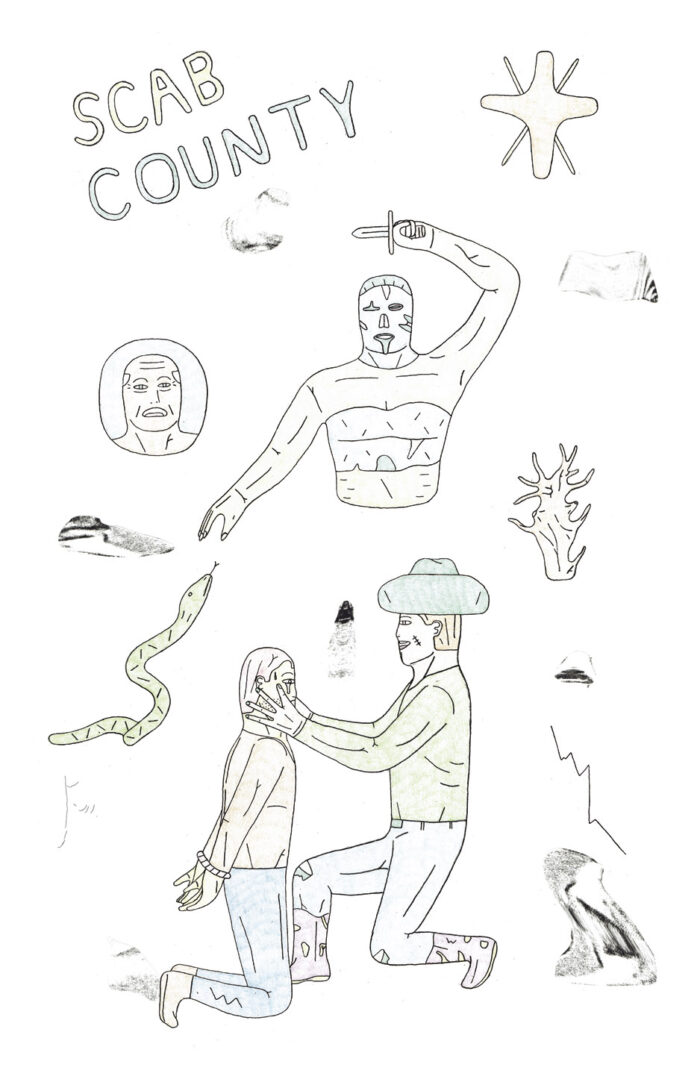