Power Comics is a long-running video and visual exploration of obscure small press comics from the ’80s and ’90s. We canonize the weirdest and wildest issues from that bygone era with the firm belief that these once forgotten homegrown works and shattered dreams have now perfectly aged into the finest wine of outsider art.

Just when we thought we’d seen every supreme extreme in the superhero megaverse… we unearthed the decades-old, skin-flayingly singular work of Steve McArdle and his Red Bullet Comics imprint. From the start, McArdle was a maestro of blood and mayhem, an overlooked ’90s creative genius wrapped in black leather and raw ambition.

In his undisputed masterpiece Vendetta: Holy Vindicator, skulls, spikes, motorbikes, chains, more chains, and Satan collide at thrash-metal speed in what may be the most intenselyconfident entry to the self-published comics canon… ever.

Steven McArdle is the writer, artist and self-publisher behind Red Bullet Comics. Red Bullet has published the Vendetta: Holy Vindicator mini-series, Artillery One-Shot, Nick Noyz Tour Book and the C.R.O.W.BAR 9 mini-series. McArdle has a background in printing/graphics as well as being a musician, and brings many of his rock and metal influences to his art. Choosing to remain true to his roots, he still works the “old school” way with paper, pens, brushes and inks. He lives in Massachusetts and enjoys pinball and running in his spare time. 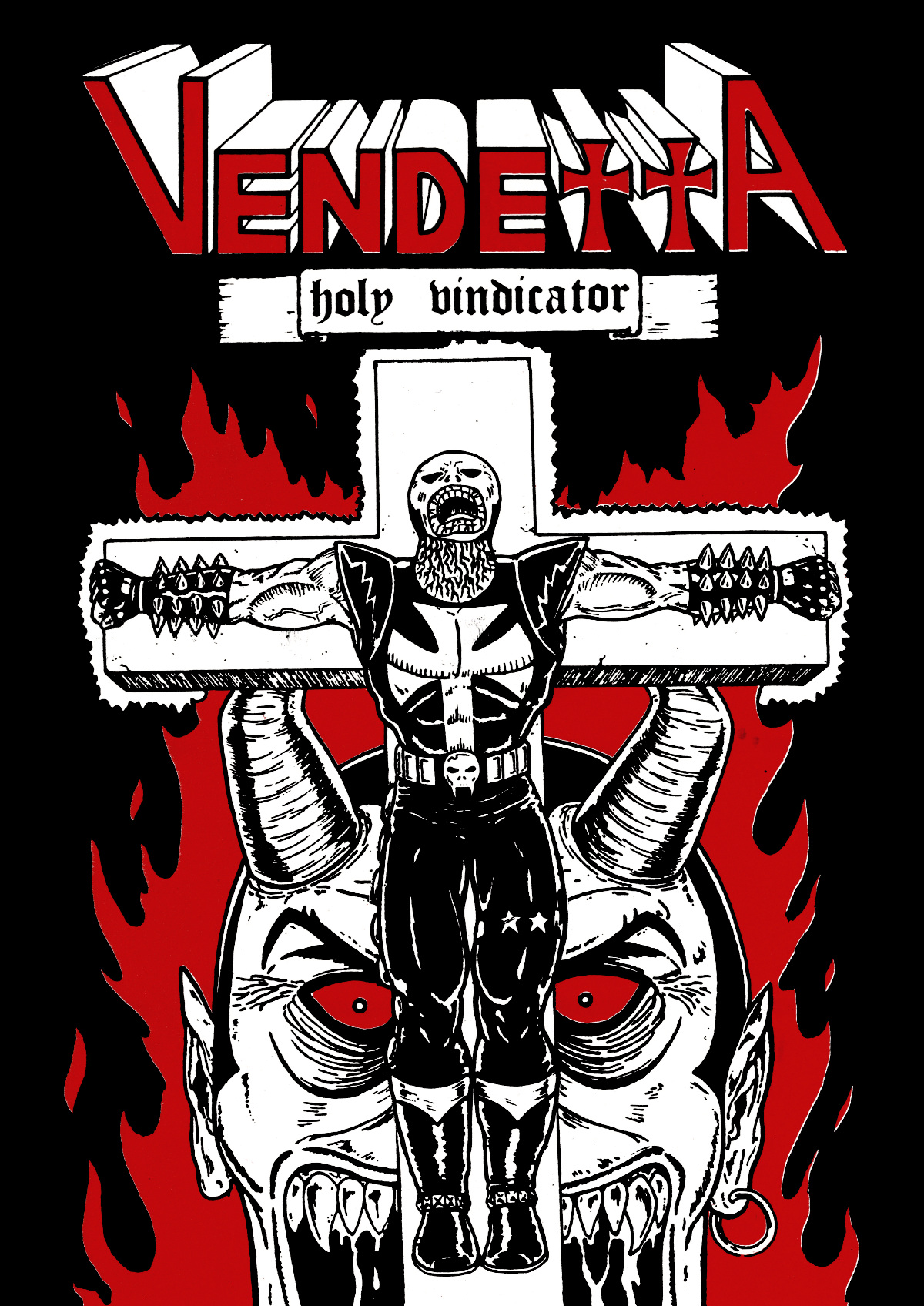