Von Eeden’s unique and powerful style has developed a cult following among genre and underground cartoonists, who celebrate his run on Thriller and his early DC career drawing Batman, Green Arrow, and Black Lightning. He is joined on art duties by indie cartoonists Gabrielle Bell, Julia Gfrörer, Benjamin Marra and Tom Toye, and colorist Daniel Lee.

The architects of Zerosis Deathscape had this to say about the new series:

Josh Bayer: It’s about space and time meeting anti-time and alternate-space. It’s a chance to combine Bronze Age adventure genre comics with traces of every type of comics we love, from E.C. Segar to indie DIY comics.

Josh Simmons: A massive 90s, Infinity Gauntlet-esque, superhero crossover event. We’re smashing together all the characters established in Season 1, adding a bunch of characters, and pushing them into new realms of inter-dimensional ferocity, and excitement!

Zerosis Deathscape begins monthly in June and is preceded by a special prologue issue, All Time Comics #0 in April. Written and illustrated by Josh Bayer and Josh Simmons, with inks by Ken Landgraf, this zero issue is the perfect intro to the new wave of ATC. Features the first appearance of The Red Maniac, and we meet Time Vampire Scientist, who foretells the devastating power of Zerosis!

See where it all began! All six issues of All Time Comics Season 1 are finally collected in a massive 240 page trade paperback, coming this June from Floating World Comics.

Atlas – his only weakness is fear!
Blind Justice – the man who walks through bullets!
Bullwhip – here to put a stop to the bullsh*t!
Crime Destroyer – will fight for justice or die trying!

These four heroes face an over-the-top lineup of villains including The Misogynist, Raingod, White Warlock, Krimson Kross, P.S.Y.C.H.O., and the Time Vampire.

Floating World Comics are distributed to comic shops through Diamond Comics and to the book trade from Consortium. All titles are available for pre-order on Amazon, Barnes & Noble, Books-a-Million, Indiebound, and Powells Books. 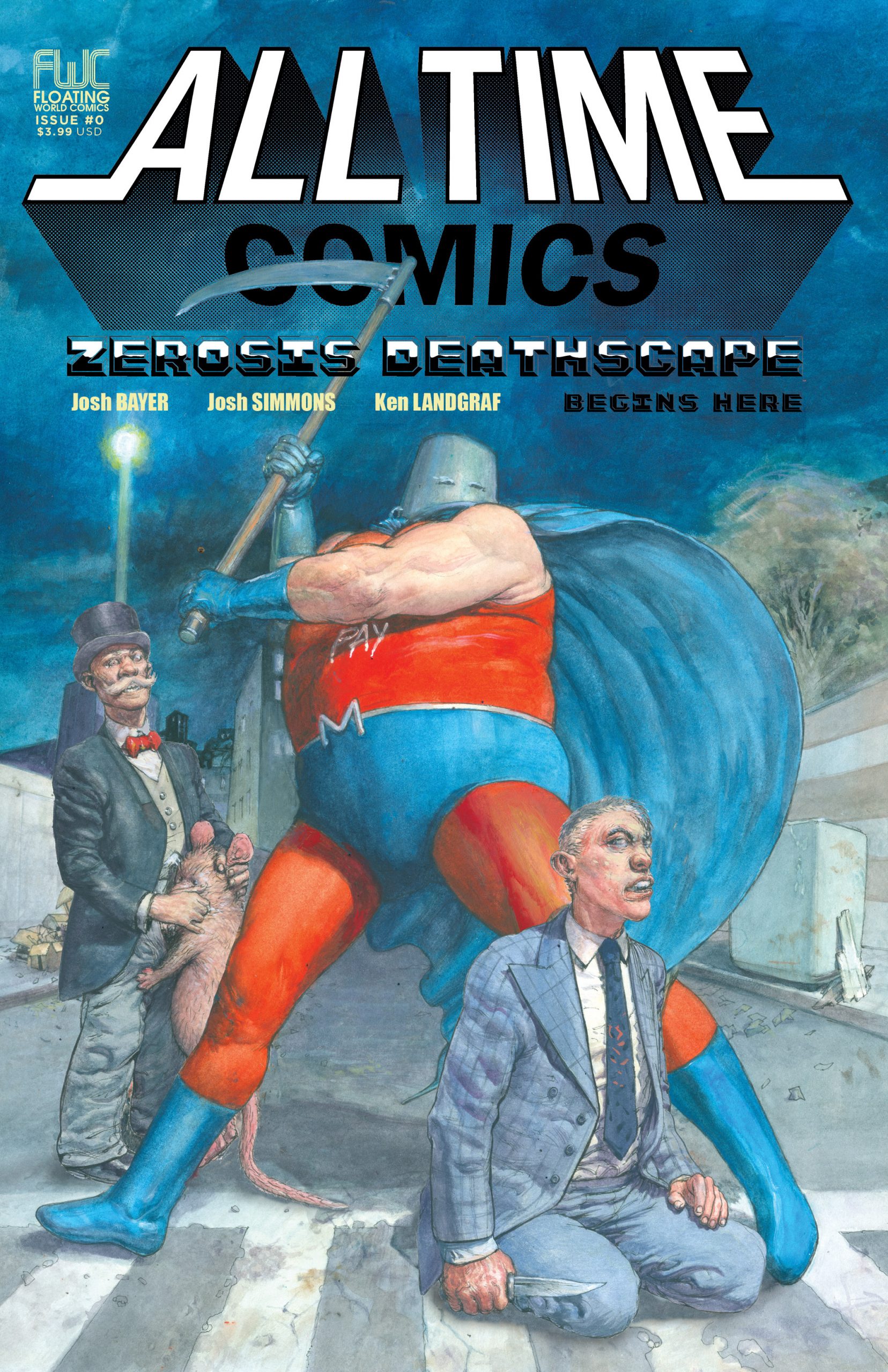 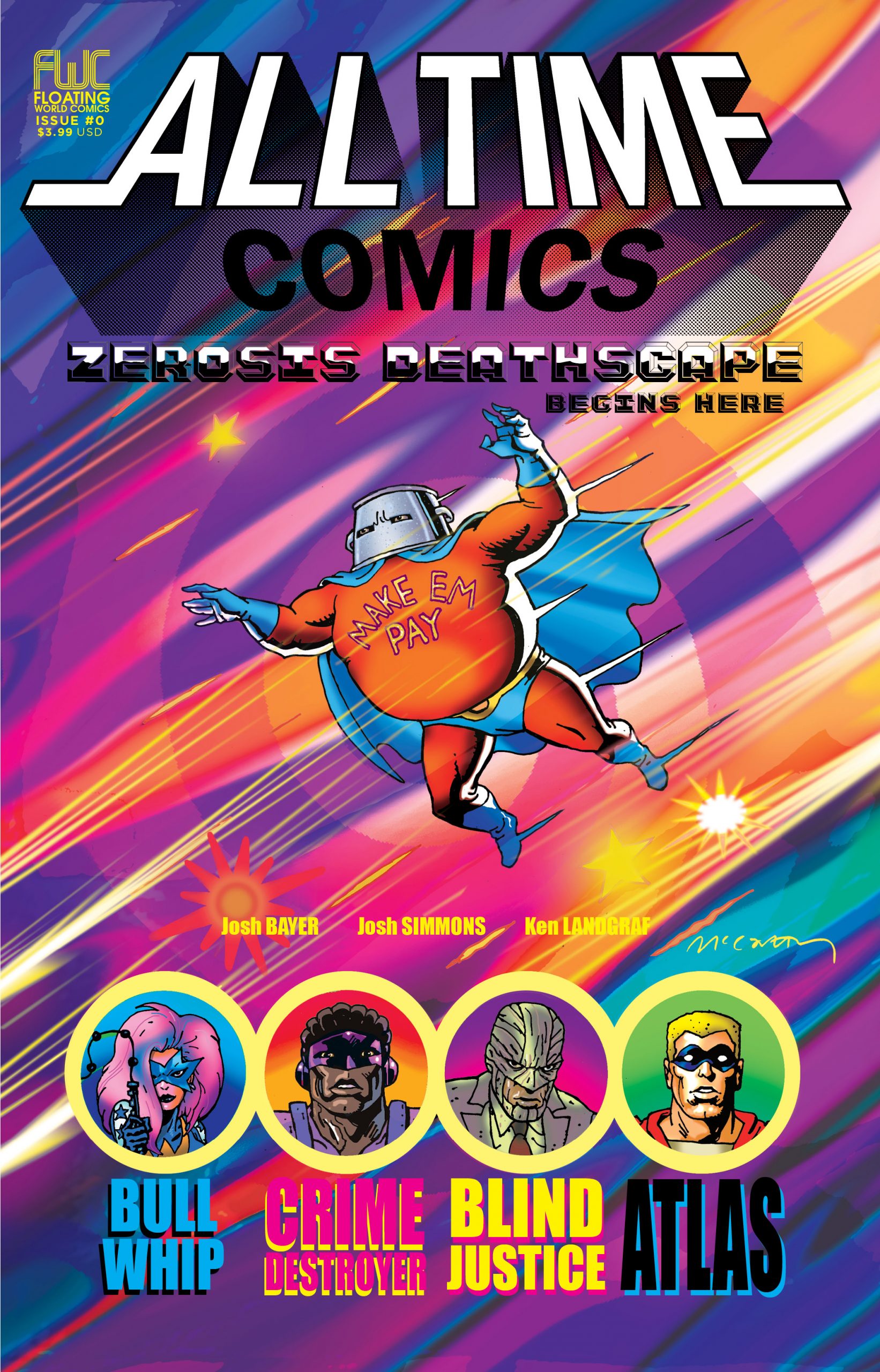 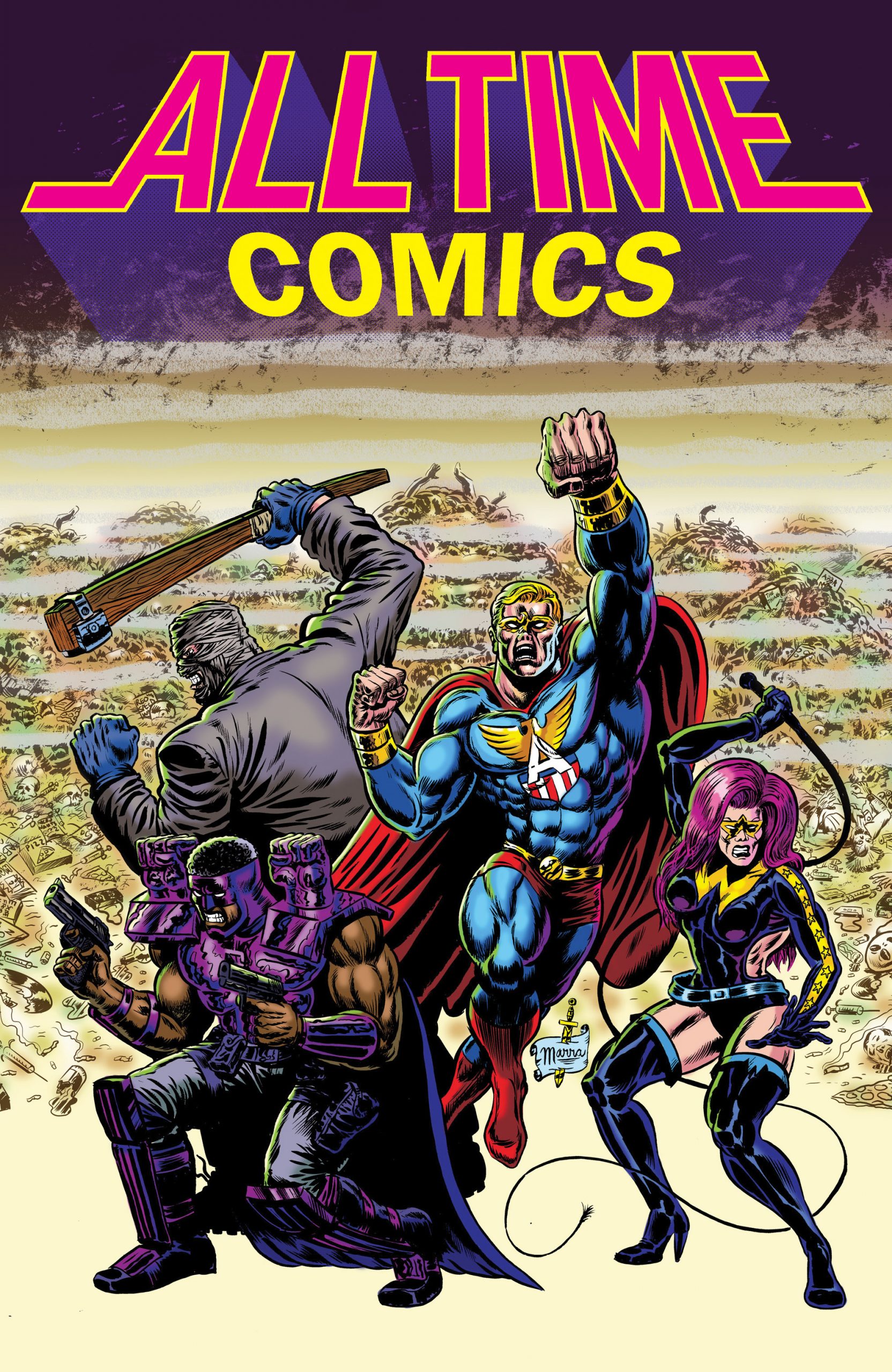